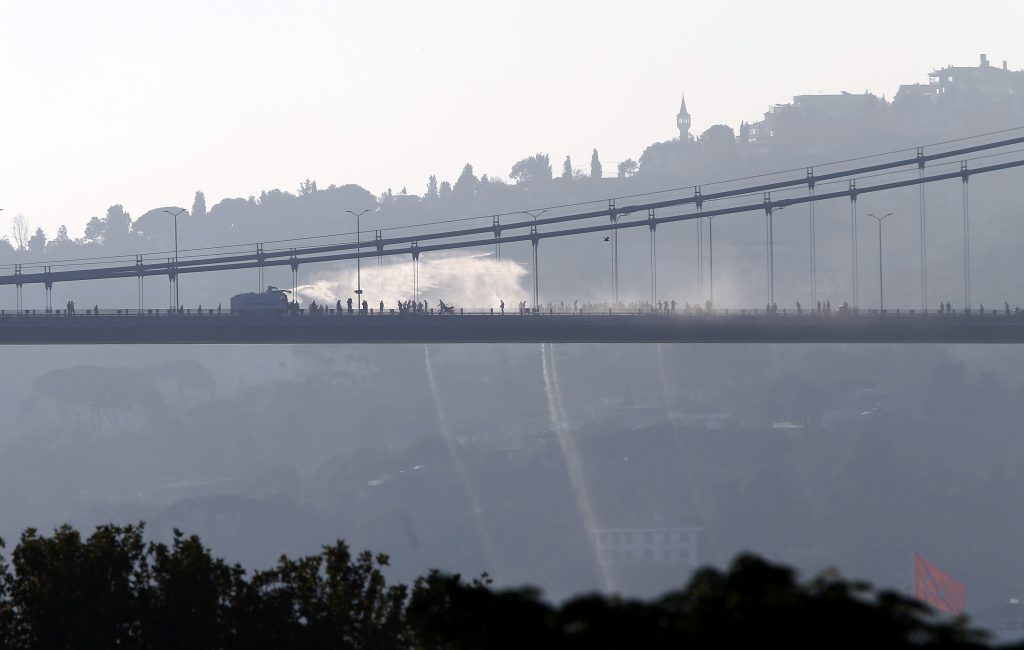 A Turkish court sentenced 72 defendants to life in prison on Thursday for their roles in clashes on a suspension bridge in Istanbul in which 34 people were killed during an attempted coup two years ago, according to state-run Anadolu agency.

More verdicts are expected to be issued for 71 other defendants in the case. Defendants were charged with deliberately killing civilians who heeded a call from President Tayyip Erdogan to challenge the coup plotters on the bridge across the Bosphorus Strait.

The verdicts come as the country prepares to commemorate the anniversary of the July 15, 2016 coup attempt on Sunday, and Erdogan celebrates his recent election as the first head of the country’s all-powerful executive presidency.

Renamed the “July 15 Martyrs’ Bridge,” the bridge was a flash point for clashes on the night of the coup. Victims included Erol Olcok, an advertiser who ran political campaigns for Erdogan’s Justice and Development Party, and his 17-year-old son.

The coup attempt prompted an extensive crackdown against soldiers, civil servants, and academics suspected of links to the Muslim cleric whom Turkey blames for the abortive putsch. Turkey has detained 160,000 people and dismissed nearly the same number of civil servants since the failed coup, the U.N. human rights office said in March.

Turkish media have been flooded with commemorative programming about the coup attempt. Media channels have been airing footage of soldiers who participated in the coup surrendering, stripped of their clothes and weapons, and head-scarved women squaring off against tanks in the street.