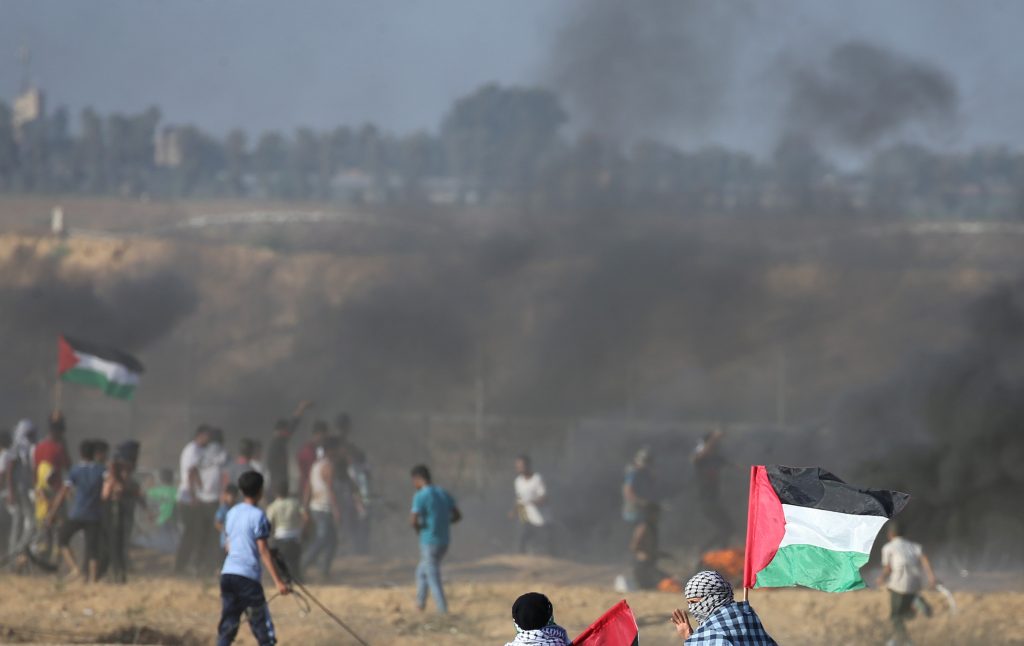 A Qatari diplomat working behind the scenes to ease tensions at the Israel-Gaza border suggested that Palestinians would stop protests and sending incendiary kites across the border if Israel were to allow in 5,000 Gazans on work permits.

Israeli and Hamas officials had no immediate comment on the Qatari proposal.

For weeks Palestinians have been letting loose incendiary balloons and kites, setting fire to thousands of acres of farmland and forests in southern Israel.

Al-Emadi said that were Israel to let in workers from the Gaza Strip, where much of the population lives in poverty, the border protests and kite attacks would cease.

“It could start for example with 5,000 people in Gaza who would work in Israel. That is good. That would stop the protests, the fires, the kites and the balloons,” Al-Emadi said.

Al-Emadi, who said he has mediated between sides when things get tense, added that there was no significant progress in efforts to secure the release of Israelis who are missing or being held prisoner in Gaza.

Israel has demanded the return of two Israeli civilians who crossed into Gaza and are being held by Hamas, as well as the bodies of IDF soldiers Hadar Goldin Hy”d and Oron Shaul Hy”d who were killed in the 2014 war with Hamas. Hamas admits it is holding them but refuses to give any details or access to a neutral third party such as the Red Cross.

“The rehabilitation of Gaza in exchange for the return of the Israeli captives is not possible,” The Times of Israel quoted al-Amadi as saying.

He also rejected the idea floated recently of a seaport for Gaza in Cyprus in exchange for the captives.

“There’s no such thing as captives in exchange for a port or airport, or opening of borders,” he said. “Anyone who says otherwise won’t accomplish anything.”

“Only the formula ‘prisoners in return for prisoners’ will work,” he insisted.