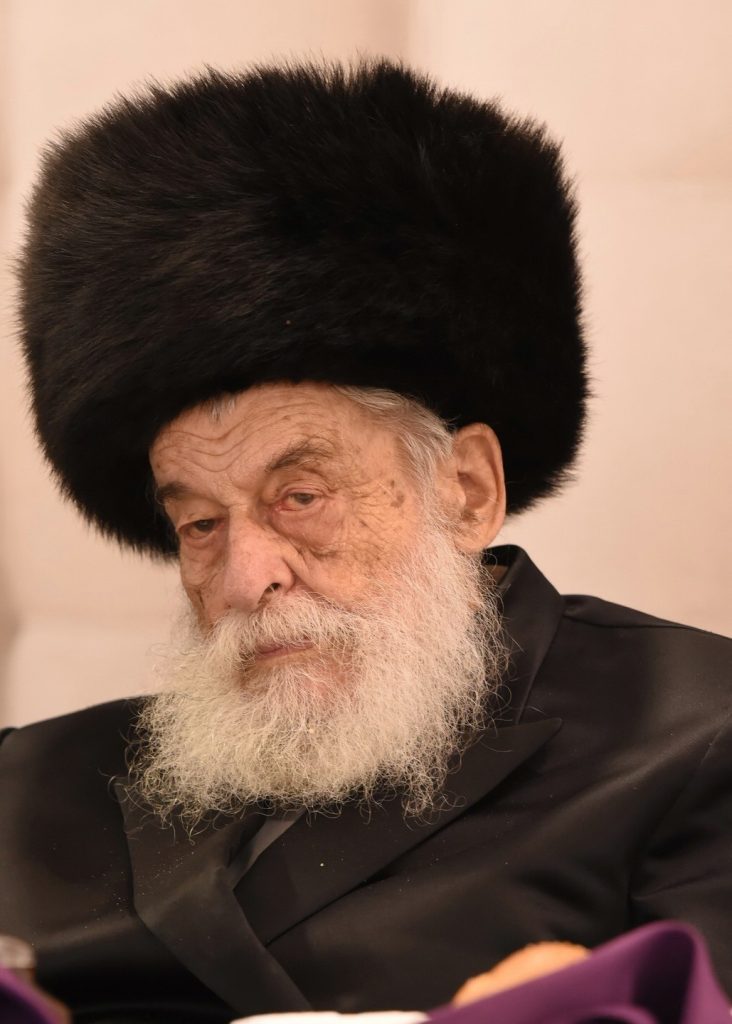 The Gerrer community mourned the petirah of one of the foremost and venerated Chassidim ,Harav Yehudah Aryeh Alter, z”l a great-grandson of the Imrei Emes, zy”a, and brother-in-law of the Pnei Menachem of Ger, zy”a,

Reb Aryeh was 90 at his petirah.

The esteemed niftar was born in Eretz Yisrael in 5688/1928 to his father, Harav Avraham Mordechai (Motel) Alter, son of Harav Hakadosh Moshe Betzalel Alter, Hy”d, the son of the Sfas Emes. The family had moved to Eretz Yisrael as per the instructions of the Imrei Emes.

Later Reb Mottel moved to Yerushalayim, where he served on the hanhalah of Yeshivas Sfas Emes, a position he held to his last day, and his son Reb Aryeh replaced him in this post.

In 5706/1946, Reb Mottel’s daughter, tblch”t, Rebbetzin Tzipporah Alter, married the youngest son of the Imrei Emes – the Pnei Menachem. Reb Aryeh, her younger brother, was even farhered by the Imrei Emes, fulfilling the dictum “yivdok b’achehah.”

When Reb Aryeh came of age, he married, lhbch”l, Rebbetzin Ruth, the daughter of Harav Leibel Heine, zt”l, a grandson of the Imrei Emes.

Reb Aryeh was a talmid chacham of note, known as well as for his askanus and involvement in the various Gerrer institutions.

In 5752/1992, his brother-in-law the Pnei Menachem was appointed Rebbe, and Reb Aryeh was very close to him and and took an active role in the Rebbe’s public activities.

In recent years, he was weakened, but still kept up his daily schedule as much as he could. He would attend his daily shiurim as well as his numerous learning sedarim, even though these took much effort on his part.

He was niftar Sunday morning in Yerushalayim.

Reb Aryeh is survived by, lhbch”l, his wife, a distinguished and admired mechaneches Rebbetzin Ruth Alter, children, many grandchildren and great-grandchildren, among them noted talmidei chachamim and marbitzei Torah, as well as his sister, the Rebbetzin of the Pnei Menachem.

His levayah was held Sunday  and passed the Gerrer Bais Medrash on Rechov Yirmiyahu with the participation of the Gerrer Rebbe shlita , to the Sanhedriah cemetery in Yerushalayim,where other members of his family are buried.