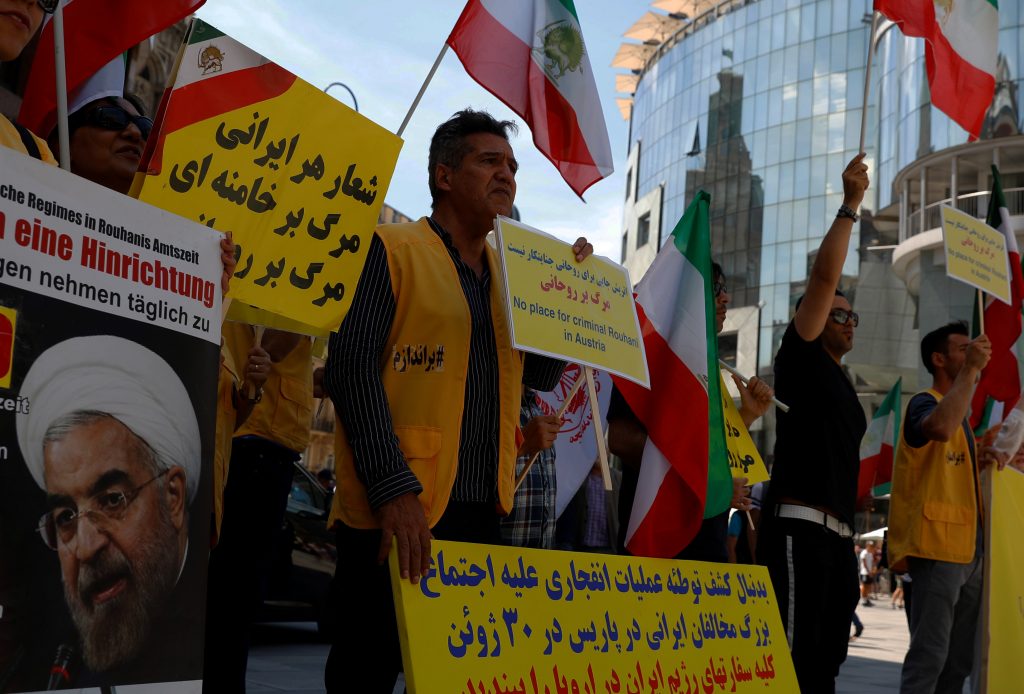 A senior Iranian Revolutionary Guards commander said on Wednesday that the Guards were ready to implement a policy preventing regional oil exports if Iranian oil sales were banned by the United States.

President Hassan Rouhani appeared on Tuesday to threaten to disrupt oil shipments from neighboring countries if Washington presses ahead with its goal of forcing all countries to stop buying Iranian oil.

Praising Rouhani’s remarks, Major-General Qassem Soleimani said he was ready to implement such a policy if needed.

“I [compliment you] for expressing such wise and timely comments, and I am at your service to implement any policy that serves the Islamic Republic,” Soleimani, commander of Quds force, in charge of foreign operations for the Revolutionary Guards, said in a letter published by state news agency IRNA.

Rouhani did not elaborate on his threat but Iranian officials have in the past threatened to block the Strait of Hormuz, a major oil shipping route, in retaliation for any hostile U.S. action against Iran.

The United States pulled out of a multinational deal in May to lift sanctions against Iran in return for curbs to its nuclear program. Washington has since told countries they must halt all imports of Iranian oil from Nov. 4 or face U.S. financial measures, with no exemptions.

A senior Iranian oil official said on Wednesday that Trump’s pressure on international firms not to buy Iranian oil will drive prices higher and end up hurting his own economy.

Iran’s OPEC governor, Hossein Kazempour Ardebili, said oil should not be used as a weapon or to make political gains, according to the Iran oil ministry news agency SHANA.

“Trump’s demand that Iranian oil should not be bought, and (his) pressures on European firms at a time when Nigeria and Libya are in crisis, when Venezuela’s oil exports have fallen due to U.S. sanctions, when Saudi’s domestic consumption has increased in summer, is nothing but a self harm,” he was quoted as saying.

“It will increases the prices of oil in the global markets,” he said. “At the end it is the American consumer who will pay the price for Mr. Trump’s policy,” he added.

The European Union, once Iran’s biggest oil importer, has vowed to keep the 2015 deal alive without the United States by trying to keep Iran’s oil and investment flowing, but has acknowledged that U.S. sanctions would make it difficult to give Tehran guarantees.

President Hassan Rouhani, who is now in Vienna trying to salvage the nuclear deal, said on Wednesday that “If the remaining signatories can guarantee Iran’s benefits, Iran will remain in the nuclear deal without the United States.”

Rouhani said in remarks to reporters that Trump’s decision to withdraw from the accord was “strange” as it was “against U.S. national interests and interests of other countries.”

Foreign ministers from China, France, Germany, Britain and Russia will meet with Iranian officials on Friday in Vienna to discuss how to keep a 2015 nuclear accord alive.