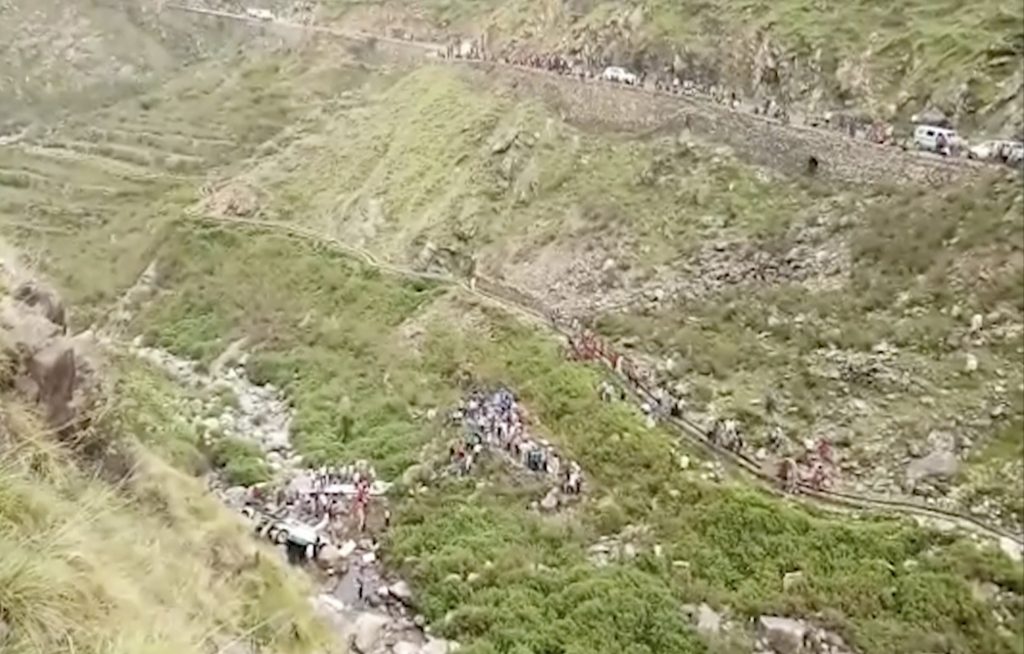 At least 48 people were killed on Sunday when an overcrowded bus plunged off a mountain road into a gorge in northern India, officials said.

Chief Minister of Uttarakhand state Trivendra Rawat said the bus fell into a 700-foot-deep gorge in the Himalayan foothills. He said about a dozen other people were injured and hospitalized.

“People were packed like sardines,” said another police officer, Jagat Ram Joshi. He said at least seven of the injured were in critical condition.

Police said the 28-seat bus was carrying about 60 people.

It wasn’t clear what caused the crash, but Gunjiyal said bad weather could have caused the bus to skid off the road.

“It is raining (in the area) since morning. Two days back there was a landslide in that area,” he said, adding that residents were the first to reach the site and help the victims.

Gunjiya said the terrain was inhospitable and communications were poor.

India has the world’s deadliest roads, with more than 110,000 people killed annually. Most crashes are blamed on reckless driving, poorly maintained roads and aging vehicles.