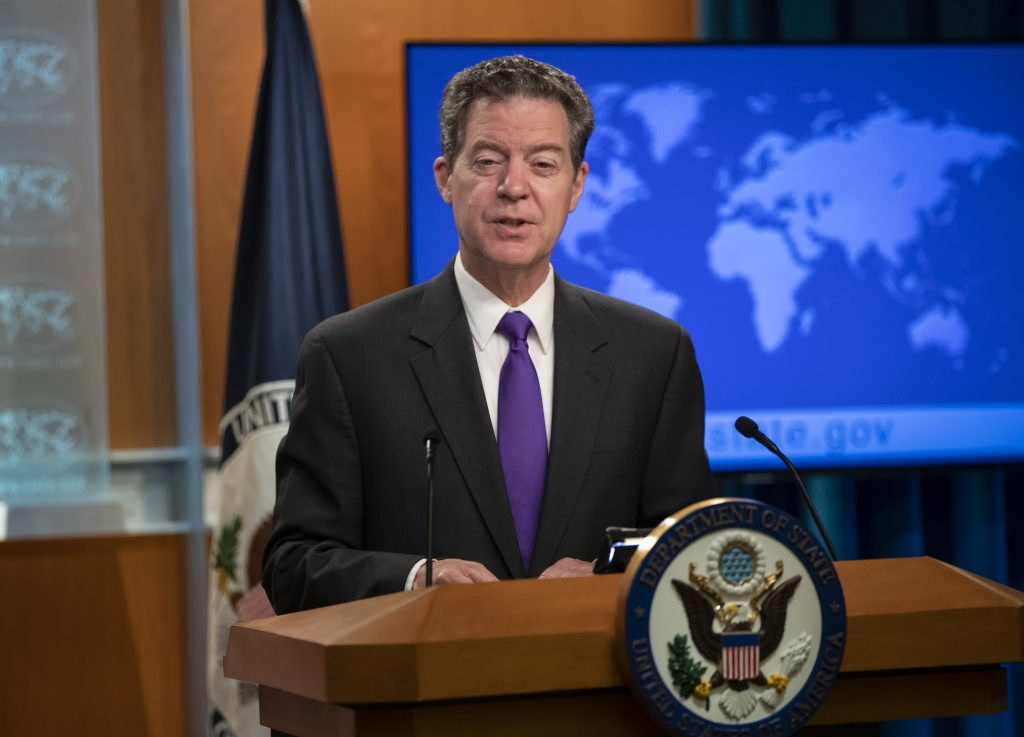 Sam Brownback, the U.S. ambassador for religious freedom, is pressing the Trump administration to impose sanctions on Chinese leaders associated with the country’s crackdown on faith groups, according to two congressional aides briefed by the administration.

Brownback told Republican members of Congress in private meetings this month that the United States has a unique moment to address religious liberty given ongoing trade talks with China, according to the aides, who spoke on the condition of anonymity because they were not authorized to discuss the effort.

Under Brownback’s proposal, Trump could write an executive order, based on Obama-era human rights legislation, telling the State and Treasury Departments to freeze the bank accounts and other assets of Chinese politicians involved in the suppression of worship.

His first target would be Chen Quanguo, the Communist Party’s secretary of the Xinjiang Uighur Autonomous Region, where hundreds of thousands of Uighur Muslims are reported by the State Department to be detained in “re-education centers,” said one of the officials.

Beijing has denied suppressing religious minorities, asserting that its tightening regulations on worship are meant to curb crime and prevent terrorism. The Chinese Embassy in Washington did not respond to a request for comment by Thursday morning.

Brownback, the former Kansas governor who took the State Department post in January, is the first Catholic to fill the role, and has deep ties to the evangelical community.

His plan, if enacted, would mark the first time the Trump administration has put sanctions on Chinese officials for restricting religious freedom.

The White House did not respond to requests for comment. It’s unclear if President Donald Trump backs the idea and whether it will move forward.

The details of the effort emerge a month after Secretary of State Mike Pompeo declared religious liberty a priority.

“We will get in the ring and stand in solidarity with every individual who seeks to enjoy the most fundamental of human rights,” Pompeo said in May, speaking broadly.

A State Department spokesman declined to comment on the specifics of “upcoming actions,” but said the agency is considering sanctions to fight human rights abuse and corruption worldwide. Agency officials can make recommendations to the White House on whom to target.