National Trump Hosts King of Jordan, Says ‘a Lot of Progress’ Has Been Made in Mideast
World 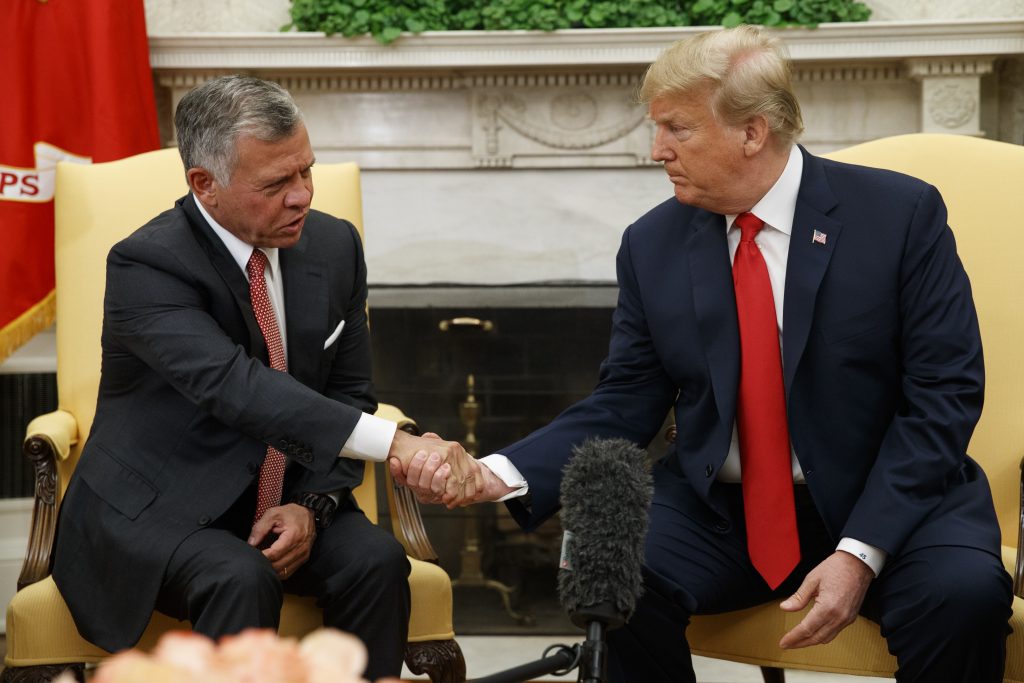 President Donald Trump claimed Monday that “a lot of progress” has been made in the Middle East, as he welcomed King Abdullah II of Jordan to the White House for a working visit.

Abdullah recently met in the region with Jared Kushner, Trump’s son-in-law and top White House adviser, who has been working on a plan to help achieve peace between the Israelis and Palestinians.

Trump ignored a question about when he would make the plan public, but said “we’re doing very well” in the Middle East. Kushner, who recently met in the region with top officials, including Abdullah and Israeli Prime Minister Benjamin Netanyahu, has said the plan will be released soon. The plan, though, is likely to face steep resistance from the Palestinians, who have cut off ties since Trump officially recognized Yerushalayim as Israel’s capital and moved the U.S. Embassy there.

Trump in May withdrew the U.S. from a landmark nuclear accord that Iran had agreed to with other world powers. Trump also reinstated harsh sanctions that had been lifted in exchange for Iran agreeing to curbs on its nuclear program.

The White House had said Trump and the king would discuss terrorism, threats from Iran, the crisis in Syria and working toward peace between Israelis and Palestinians.

Abdullah was accompanied by his wife, Queen Rania. While the leaders met, First Lady Melania Trump and the queen planned to catch up over afternoon tea in the Green Room of the White House.