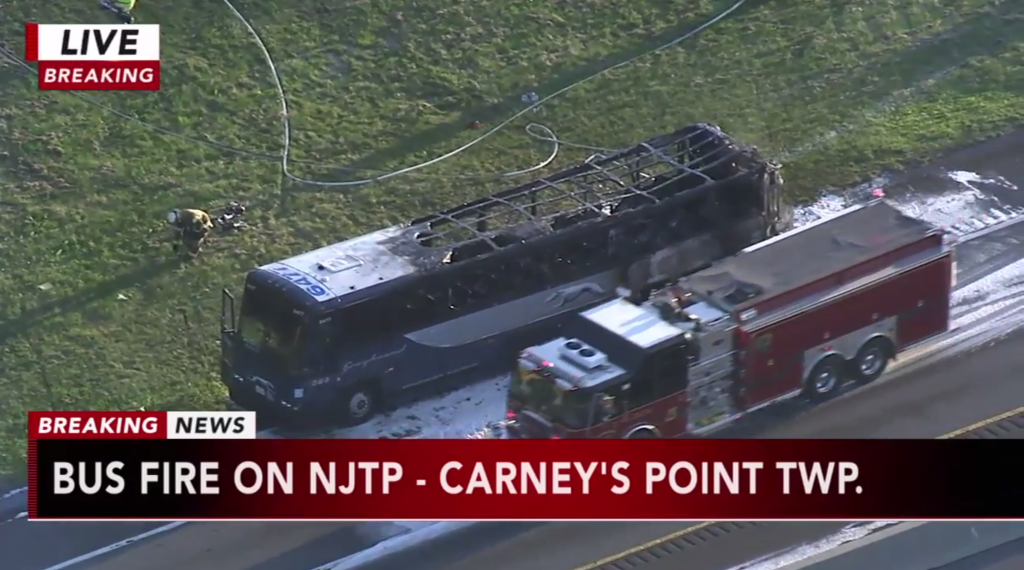 Passengers were forced to flee when a bus caught fire on the New Jersey Turnpike.

State police say the fire was reported shortly before 5 a.m. Friday in Oldmans Township, about 26 miles southwest of Camden. But it’s not yet known what sparked the blaze aboard the Greyhound bus.

One passenger was being treated for an undisclosed injury that was not considered life-threatening. The fire also caused travel delays in the area as firefighters worked to extinguish the blaze.

A Greyhound spokeswoman said that 50 passengers were aboard the bus, which had departed from New York and was headed to Richmond, Virginia. She said that a relief bus was sent to pick up the passengers and take them to their destination.