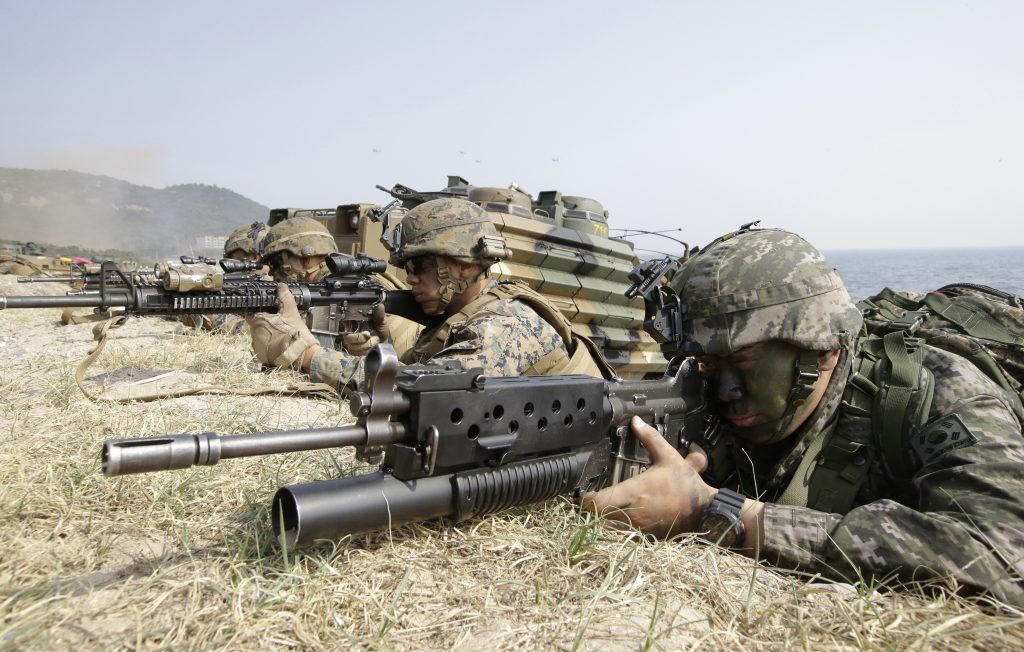 U.S. military forces in South Korea are not subject to negotiations between North Korea and the United States because they are a matter for the U.S.-South Korean alliance, a senior official in South Korea’s presidential office said on Friday.

President Donald Trump said after his historic summit in Singapore with North Korean leader Kim Jong Un on Tuesday he would stop “expensive, provocative” war games with the South.

About 28,500 U.S. troops are stationed in South Korea, a legacy of the 1950-53 Korean War that ended in an armistice rather than a peace treaty and left the two Koreas technically still at war.

“Let me be clear. There has been no discussions and no change in position on the matter of the issue of U.S. troops in South Korea,” said the high-level South Korean official, who spoke on condition of anonymity.

The official also said there had been discussions between North Korea and the United States before Tuesday’s summit about completing an “early” denuclearization of the Korean Peninsula. The high-level official did not elaborate.

The official said the U.S.-North Korea summit “jump-started” stalled negotiations for denuclearization and hoped South Korea would contribute to speeding up the process.

U.S. Secretary of State Mike Pompeo, who is charged by Trump with leading follow-up negotiations, said the United States hoped to achieve “major disarmament” by North Korea within the next 2½ years.

Tough sanctions would remain on North Korea until its complete denuclearization, Pompeo said, apparently contradicting the North’s view that the process agreed at this week’s summit would be phased and reciprocal.

However, expectations of trade with North Korea have helped revive property prices in the Chinese city of Dandong, which borders North Korea.