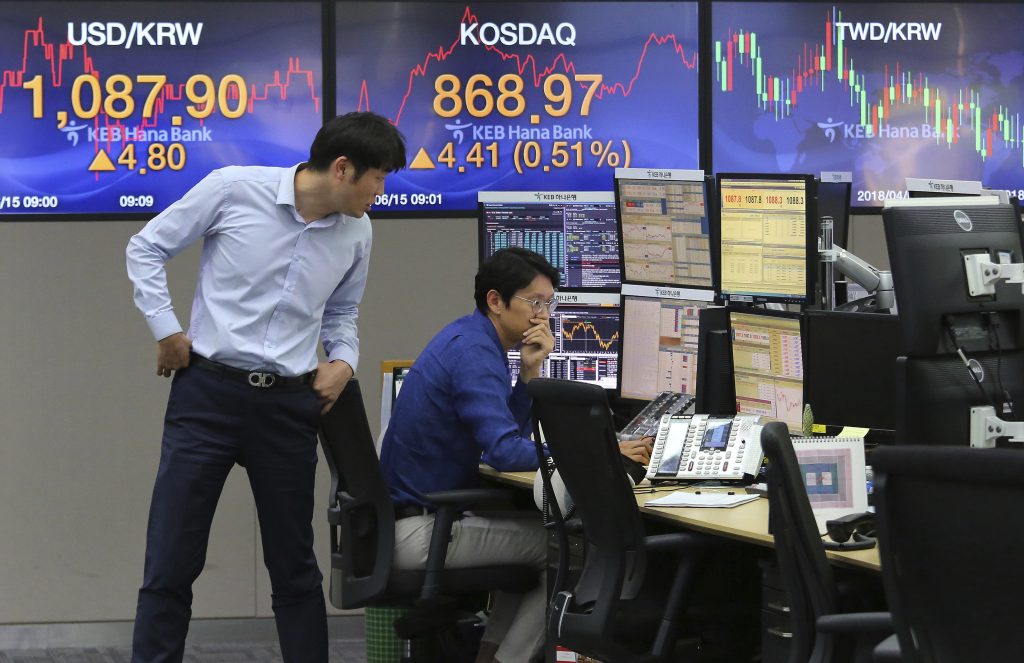 The ECB on Thursday said it would phase out by the end of the year its bond-buying stimulus for the 19 countries that use the euro. It had deployed the program in 2015 to save the region from the risk of falling prices and growth. It also said it plans to hold off on raising interest rates until at least the summer of 2019, which is longer than some investors expected.

“While investors may fear higher interest rates, the stronger underlying economies that drive the stimulus withdrawal are positive for company profits,” Michael McCarthy, chief market strategist at CMC Markets and Stockbroking, said in a daily commentary. “These competing drivers mean that investor sentiment swings are an important consideration for markets.”

The data for the U.S. economy released on Thursday were encouraging. Retail sales jumped in May after shoppers spent more at home and garden stores, gas stations and restaurants. A separate report showed that fewer U.S. workers filed for unemployment claims last week than expected, an encouraging sign for the labor market.