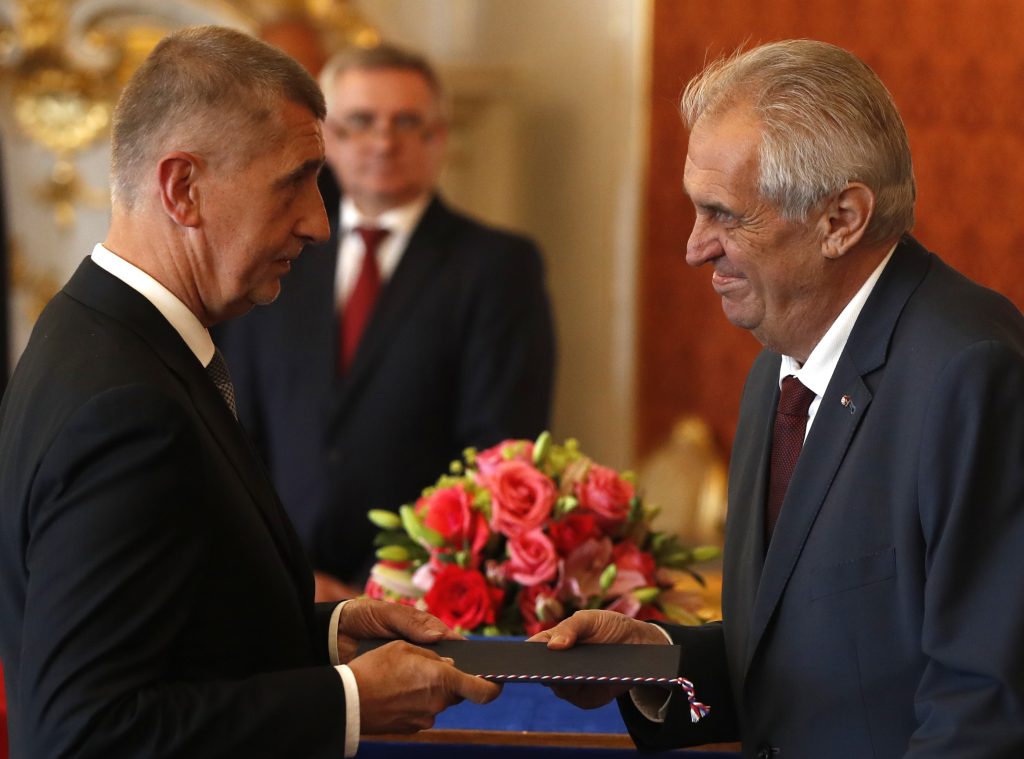 The president of the Czech Republic swore in billionaire Andrej Babis as prime minister for a second time Wednesday, a move that could result in the Communist Party having an official role in governing for the first time since the country’s 1989 anti-communist Velvet Revolution.

The centrist ANO (YES) movement led by Babis won a parliamentary election in October, but his minority government lost a confidence vote in January and had to resign. Other parties in Parliament have been reluctant to enter a coalition with ANO because of fraud charges Babis faces.

After his resignation, Babis was asked by President Milos Zeman, an ally, to try to form a new government again.

The prime minister, who denies wrongdoing, plans to form a government with the Social Democrats now that he has been re-appointed and said he also would have support from the far-left Communists in the next mandatory confidence vote.

Babis was planning to present his new government to the president after June 15. It is likely to face the parliamentary confidence vote after July 10.

It remains to be seen what the Communists can get in exchange for their support. Babis still has to sign a formal deal with them.

Unlike most other communist parties in central Europe that have joined the left-wing mainstream in recent decades, the Czech party has maintained a hard-line stance.

It is vehemently opposed to NATO and maintains friendly ties with the ruling communists in Cuba, China and North Korea. The Communists also oppose the deployment of Czech troops abroad, particularly to the Baltics and Poland as part of NATO’s mission amid the tension between Russia and the West. The Communists insist Russia poses no threat.

To win their support, Babis agreed with their proposal to tax the compensation that the country’s churches receive for property seized by the former Communist regime. The Communist Party is a vocal opponent of the payment plan.