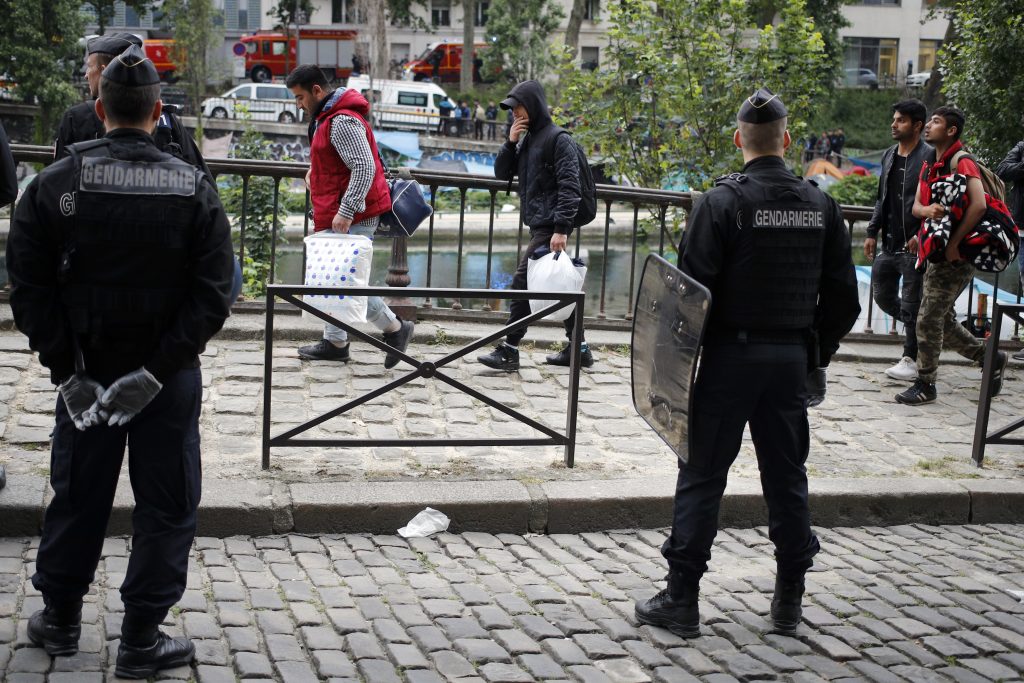 European Union countries remained deeply divided Tuesday over how to reform EU rules for managing the influx of refugees and migrants, as U.N. agencies reported that an estimated 112 people died over the weekend when a smuggler’s boat sank as it tried to reach Europe.

The estimated toll made the shipwreck off Tunisia the deadliest this year in the dangerous route from North Africa across the Mediterranean Sea to Europe.

EU migration ministers, meeting in Luxembourg, were pessimistic that new proposals to update the bloc’s asylum system would be accepted by many of the 28 member states.

Well over a million people, mostly Syrians fleeing war at home, entered Europe in 2015, overwhelming Greece and Italy and surprising Germany, which took in hundreds of thousands of refugees. Their arrival strained relations among EU neighbors and fueled antimigrant sentiment, especially in central and eastern Europe.

EU leaders have insisted that the deadlock over how to handle migrants and refugees must be broken this month.

In his first policy address, Italian Prime Minister Giuseppe Conte declared Europe’s immigration policy a “failure” and demanded that it be renegotiated. Italy has been the primary entry point for thousands of migrants to Europe via the Mediterranean this year.

PM Conte insisted the rest of the EU must take on a greater burden of accepting refugees, as well as negotiating with migrants’ home countries to return those who don’t qualify for asylum.

German Deputy Interior Minister Stephan Mayer said “there are still considerable deficits” in the proposals to overhaul EU immigration, while Dutch Migration Minister Mark Harbers said there are “a lot of member states that still have points of discussion.”

“First we have to fix the front door, fix the back door,” Belgian Migration Minister Theo Francken told reporters. “Then we can find a compromise on who’s doing what. When we don’t have a solution for the massive influx of illegal aliens in our Europe, Europe will end, and we will never get out of this crisis.”

Denmark’s prime minister, however, predicted that a new European asylum system could be in place as soon as next year and said asylum-seekers whose applications have been rejected could be sent to a country “that is not on the migrant’s wish list.”

Most of the disagreements focus on who should look after the migrants when they arrive and for how long. Under current rules, people must register for asylum in the European country they first arrive in. This has meant that Greece and Italy have carried most of the burden. But some nations — Hungary and Poland notably — have refused to honor any migrant quotas shared among European nations.

In Geneva, the U.N. migration agency said the weekend capsizing off Tunisia of an overloaded smuggling boat is now believed to have killed 112 migrants.

Spokesman Leonard Doyle of the International Organization for Migration says it counts 60 confirmed deaths and 52 people missing and presumed dead from the capsizing off the eastern city of Sfax. Officials said another 68 people survived but the rescue operation has been called off due to bad weather.

Doyle said Tuesday the toll makes the capsizing “the single biggest incident of dead and missing this year” in the Mediterranean, after two other shipwrecks off the Libyan coast in January and February that each left 100 people dead or missing and presumed dead.

IOM’s “Missing Migrants Project” reports there have been 785 deaths on the Mediterranean so far this year, less than half the figure over the same period last year.