National Aide: Pruitt Had Me Do Personal Chores, Like Looking for Used Trump-Hotel Mattress
National 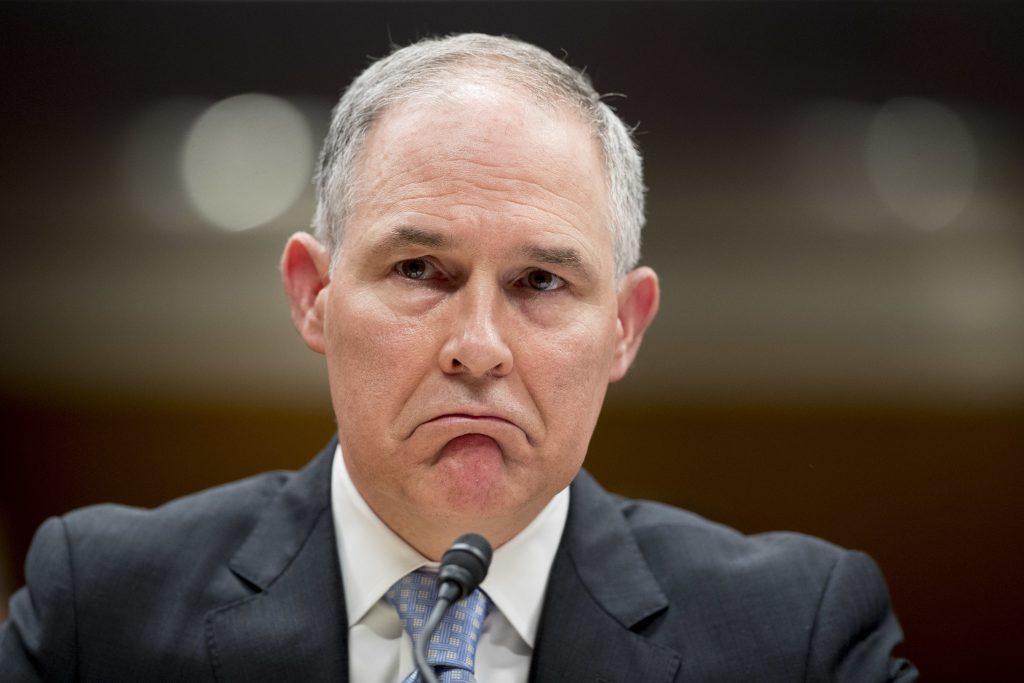 Environmental Protection Agency chief Scott Pruitt had a top aide seek a used mattress from the Trump International Hotel and perform other personal chores for him, according to an email and testimony from the aide released Monday.

Hupp appeared before a panel of House Oversight Committee staffers earlier this month. Democrats released a partial transcript of her interview Monday, including Hupp’s account that Pruitt had her do personal errands, including house-hunting and booking a trip for him to a college football game.

Staffers also asked Hupp about an email that showed her reaching out to managers of the Trump hotel at Pruitt’s request. Hupp told the House staffers that Pruitt was seeking to secure a used mattress from the Trump hotel.

Pruitt had told lawmakers earlier this spring that any house-hunting Hupp did for him was on personal time.

Reps. Elijah Cummings of Maryland and Gerald Connolly of Virginia, the ranking Democrats on the House Oversight Committee and a subcommittee on government operations, respectively, call the errands a violation of federal law on gifts from subordinates. In their letter, the Democrats ask Gowdy to issue a subpoena for government records they say EPA is currently withholding from the committee.

Spokespeople for Pruitt did not immediately respond to requests for comment.

In a statement, a spokeswoman for Gowdy said the committee has conducted several transcribed interviews and obtained 2,350 pages of documents as part of their investigation into allegations of mismanagement and spending at the EPA. This month, the committee will interview additional witnesses and receive additional document productions.

“Selectively releasing portions of witness interview transcripts damages the credibility of our investigation and discourages future witnesses from coming forward,” said Amanda Gonzalez, Gowdy’s spokeswoman. “The committee will continue conducting a serious, fact-driven investigation, and therefore will wait until the conclusion of our investigation to release our findings.”

Pruitt has been under intense scrutiny since March, when media reports first revealed the EPA chief had rented a luxury Capitol Hill condo tied to a prominent oil and gas lobbyist for just $50 a night. Pruitt’s daughter, then a White House summer intern, stayed in a second bedroom at the condo at no additional cost.

Other recently disclosed examples of Pruitt seeking special treatment include his repeated use of first-class air travel, luxury hotel suits and directing his security staff to use lights and sirens to speed through Washington traffic to dinner reservations.