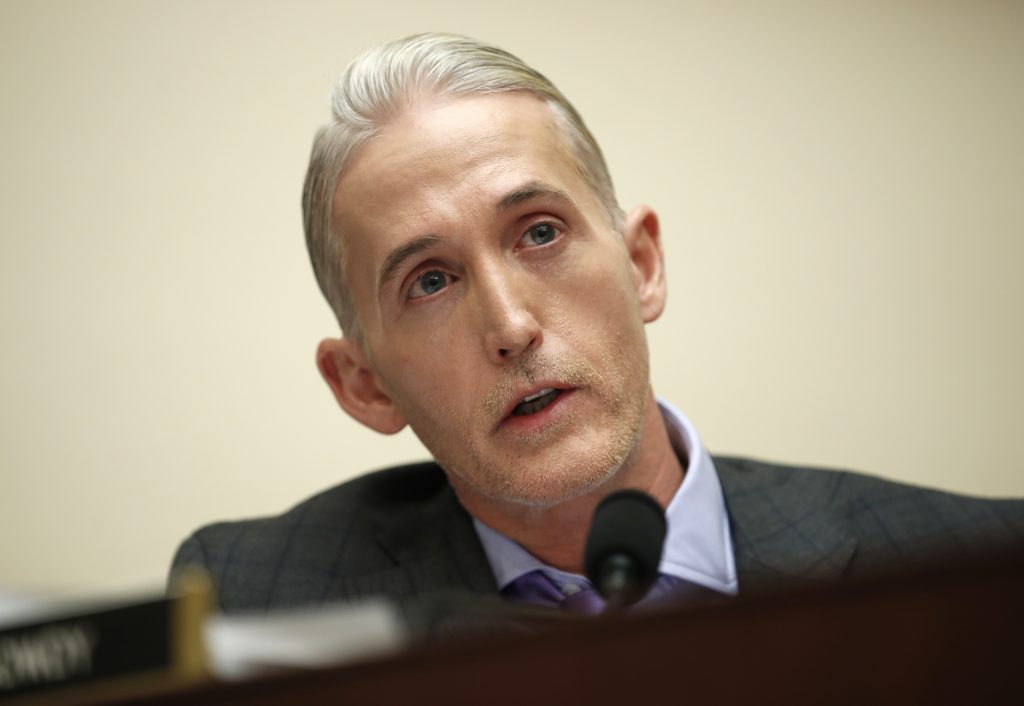 There is no evidence that the FBI planted a “spy” on President Donald Trump’s 2016 campaign, a senior House Republican said Wednesday, directly contradicting Trump’s repeated insistence that the agency inserted a “spy for political reasons and to help Crooked Hillary win.”

Rep. Trey Gowdy, chairman of the House Oversight Committee and a longtime Trump supporter, was briefed last week by the Justice Department and FBI following reports that investigators relied on a U.S. government informant in its investigation into Russian election meddling.

“I am even more convinced that the FBI did exactly what my fellow citizens would want them to do when they got the information they got and that it has nothing to do with Donald Trump,” Gowdy, a South Carolina Republican, told Fox News on Tuesday.

On Wednesday, Gowdy said he had “never heard the term ‘spy’ used” and did not see evidence of that.

“Informants are used all day, every day by law enforcement,” he told CBS.

Gowdy’s comments are particularly striking because of his role as a powerful GOP watchdog who took on Democrat Hillary Clinton in his committee’s investigation into the 2012 attacks on Americans in Benghazi, Libya, while she was secretary of state. The probe unearthed the existence of Clinton’s private email server, which triggered an FBI inquiry and crippled her 2016 presidential campaign against Trump.

Gowdy announced in January that he would retire from Congress at the end of the current term and return to work in the justice system.

Trump has zeroed in on, and at times embellished, reports on the informant, calling it “spygate” and tweeting that it was “starting to look like one of the biggest political scandals in U.S. history.” Trump has also rejected assertions by the U.S. intelligence agencies that the Russian government was trying to help him beat Clinton.

Trump’s legal team has asked to review classified information about the origins of the FBI investigation to prepare the president for an interview with special counsel Robert Mueller, who is now leading the investigation into ties between Trump’s campaign and Russia.

Gowdy, did, however, express support for Trump’s “frustration” with Attorney General Jeff Sessions, who recused himself in May 2017 from the Russia probe based on possible conflict of interest. The recusal of Sessions, an early backer of Trump’s presidential bid, followed the revelation that he had two previously undisclosed interactions during the 2016 campaign with the Russian ambassador.

Gowdy told CBS that Trump is just “expressing frustration that Attorney General Sessions should have shared these reasons for recusal before he took the job. Not afterward.”

Trump tweeted out Gowdy’s comments on Sessions, including his saying that “there are lots of really good lawyers in the country” and that the president “could have picked someone else” for the top Justice Department job.

Trump did not reference Gowdy’s comments that there was no evidence of the FBI planting a spy on his campaign.