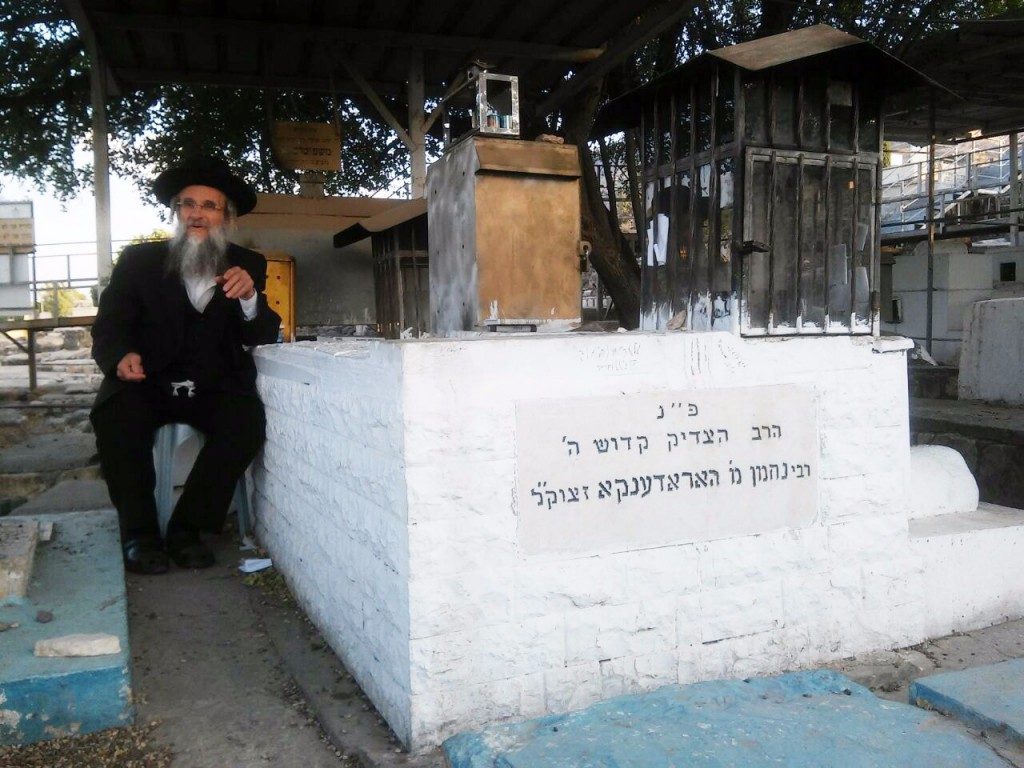 The phone rang insistently, time after time. I gave in. The man on the line introduced himself as Kalman Goldschmidt. Only recently has the world learned of his heroic and unbelievable story: The man who was given only a few weeks to live by doctors and modern medicine due to the disease raging in his intestines decided to declare war on the disease.

“If I will travel the regular path of disease and doctors, then I will also finish on the normal path. I’m not there,” Reb Kalman declared and launched his battle. It was a glorious battle, one that he waged for more than five years with strength and splendor.

What were Rav Kalman’s weapons of war? Not the surgeon’s scalpel, nor penicillin nor any other drug. Rather, he employed one singular characteristic that was deeply imbued in his blood, etched on his bones and on his heart: simchah, joy.

He faced his copious suffering, and the Angel of Death standing with his sword drawn beside his bed, and began to laugh loudly. “You cannot take this from me,” he said, laughing loudly. “Simchah may not be the biggest mitzvah,” he used to repeat the well-known Chassidic dictum, “but it can bring the person to the greatest mitzvah.”

He would often cite the parable brought in the Orchos Tzaddikim: “There were two people who were boarding a ship to travel. One had a thorn in his foot, and he could not walk to the ship; his friend was able to board the ship. The one left behind began to curse…In time he heard that the ship had sunk and that the people aboard had died, so he began to praise the Creator, because he saw that it was in order for him to live. Therefore, a person should be happy with the suffering and other damages he sustains, because he does not know what good he is destined to derive from them.”

He did not only tell himself to be joyous. He radiated it to all those around him. His home became a happy house, and an address for any down-and-out Yid. From his own suffering, he was able to find balm for their hearts. In his illness, he brought joy to the healthy ones. While in his bed, he was able to smile to every person, and returned many from sin.

During that phone conversation, he said that the public is not aware of the holy place that can effect yeshuos in the city of Teveria, the resting place of Harav Nachman of Horodenka, zy”a, one of the disciples of the Baal Shem Tov.

“If I am alive despite my condition,” Rav Kalman cried, “it is only in his merit.” He wanted to make the public aware of the upcoming yahrtzeit. “There is no need to travel far; the tzaddik who protected Eretz Yisrael from the riots will certainly protect all those who daven at his kever.”

Indeed, under his inspiration, the place has recently drawn multitudes to daven there. People come to pour out their hearts and effect yeshuos at the resting place of the person who was described by the Baal Shem Tov as “Ne’eman beisi kadosh v’tahor.” Rav Kalman even held a bonfire on the hilula, 2 Tammuz, and took it upon himself to be mezakeh the public at the tziyun of the tzaddik.

He had another purpose in this publicizing: He wanted to erect an ohel over the headstone so that it would be a worthy site of tefillah for the thousands of people who came in the rain and in the sun. The local authority was less enthusiastic about the idea. “Maybe if people will write about this place and its segulos, they will understand the holiness of the tziyun,” he said.

This week, replete with mitzvos and good deeds, adorned with suffering and pain, the mashpia Harav Kalonymous Kalman ben Reb Shabsai, z”l, returned his soul to his Maker, to the anguish of thousands of people who found solace in him.

Two hours after his relatively sudden passing, the local authority’s approval to build the ohel over the tziyun of the tzaddik of Horodenka was delivered to his house. He had won.