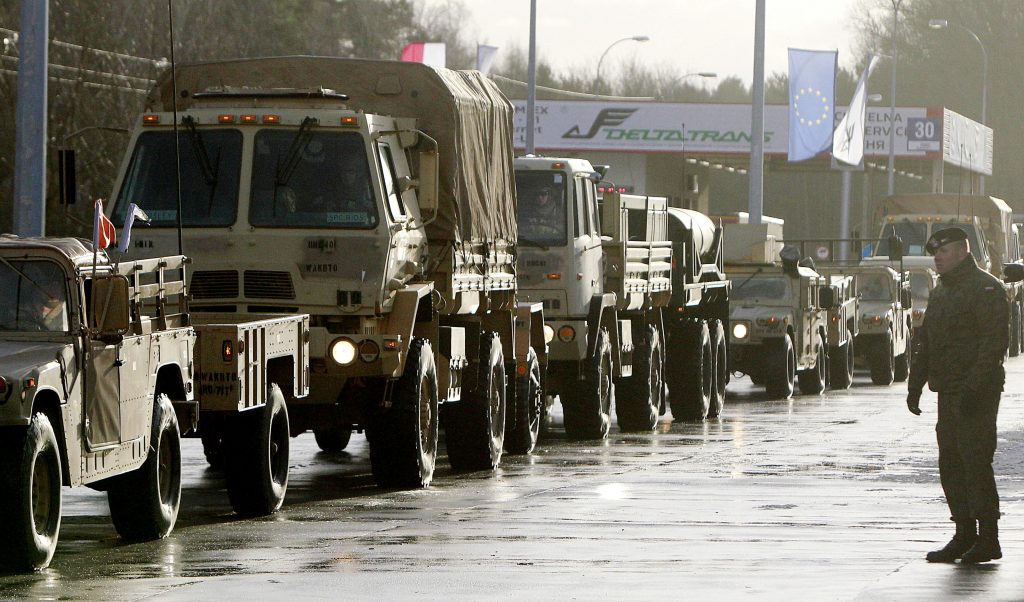 Poland’s defense minister said Monday that he has held talks with U.S. officials about having thousands of American troops permanently stationed as a deterrent in Poland.

Poland is concerned for its own and the region’s security following Russia’s annexation of the Crimean Peninsula, its support for separatists in eastern Ukraine and other steps seen as hostile.

Defense Minister Mariusz Blaszczak said he recently held talks in Washington about having a permanent presence of U.S. troops in Poland, where they are currently on a rotational, temporary, though open-ended mission.

“The result of our efforts is that the U.S. Senate has contacted the Pentagon about an assessment of … (the) permanent presence of U.S. troops in Poland,” Blaszczak said on state Radio 1. “Such presence is of great importance because it deters the adversary.”

In Moscow, Russian President Vladimir Putin’s spokesman Dmitry Peskov said that an increase in the West’s military presence near Russia’s borders “certainly does not contribute to security and stability on the continent in any way.”

“On the contrary, these expansionist steps, certainly, result in counteractions of the Russian side to balance the parity which is violated every time this way,” Peskov said, according to Russian news agency Tass.

The Onet.pl news portal says Poland is seeking the permanent deployment of a U.S. armored division and is offering up to $2 billion to help build the infrastructure. It says the defense ministry has written to U.S. politicians and the U.S. Congress with details of the proposal.

The ministry’s press office confirmed to The Associated Press that such a document has been forwarded but declined to give more details.

Other countries in the region would also like to see U.S. land forces stationed permanently in their area, Blaszczak said last week.

U.S. and NATO troops were deployed to Poland and the region last year as a security assurance.