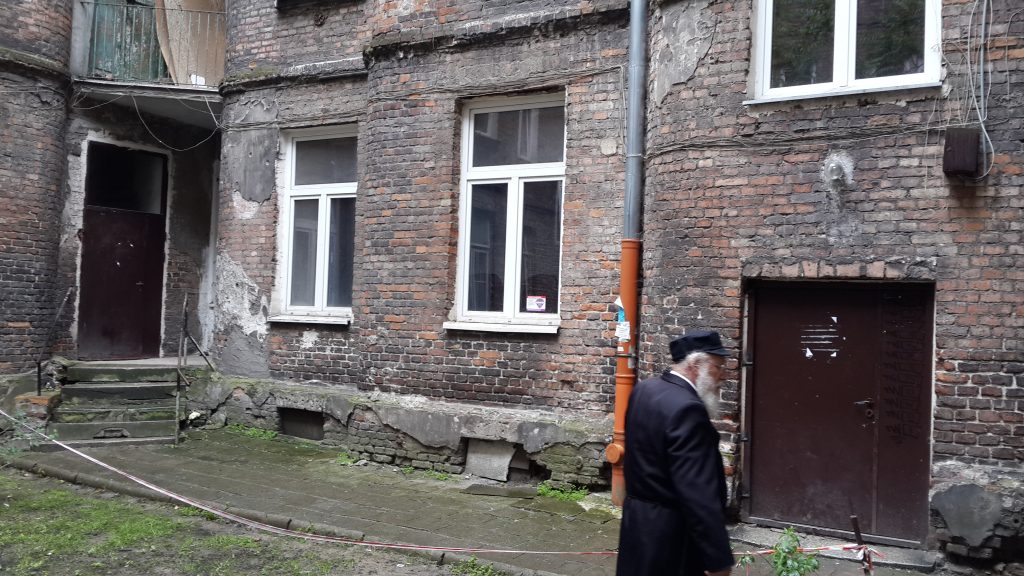 Walicow 10 was an address on one of the streets in Jewish Warsaw under bombardment 78 years ago. If thousands of Chassidim had known who was hiding in the apartment on the first floor of the large, multi-story house, it would have been hard to stop them from coming, just to take a glance at their Rebbe, the Imrei Emes.

But this address was known to very few Jews, because the Nazis were looking from day one for the Jewish leaders, especially for the Imrei Emes of Gur, zy”a — whom they called the Wunder Rabbiner.

The Imrei Emes of Gur, whose 70th yahrtzeit falls on Shavuos, left Gora-Kalawaria on September 3, 1939, the third day of the war. A very small group of people were involved in smuggling the Rebbe from Gur to Warsaw.

Reb Yossel Katz, Hy”d, a wealthy businessman, owned an apartment at 10 Walicow Street, and that is where the Rebbe hid. The biggest fear was not the bombardment of Warsaw, in which thousands were killed and thousands of houses were destroyed. The deepest fear was the Germans, who did not stop looking for the Rebbe.

It was 13 Tishrei 5700, Erev Sukkos. Walicow Street sustained a direct hit from mortar shells; one landed in the courtyard of the house. The Rebbe’s attendants — his son-in-law Harav Yitzchak Meir, the son of his holy brother Harav Moshe Betzalel, and his loyal gabbai Reb Bunim Lebel — were killed by the impact. Hy”d. The Rebbe, who was sitting behind a pillar at the time, was spared but injured.

The Rebbe instructed that the niftarim should be buried in the courtyard of the house. It was Erev Yom Tov, and the victims were prepared for burial. Tears flowed as the Rebbe and his brother buried their beloved son-in-law and son, who was destined for greatness, in the courtyard of the house. “The holy stones should be thrown in every street,” Rav Moshe Betzalel whispered to his older brother, who replied: “Hashem Yisborach will return it all.” They both shed pure tears until Yom Tov began.

On Chol Hamoed, the Rebbe asked that the niftarim be transferred to the Gensha cemetery, the famous Jewish cemetery in Warsaw, where they could be buried with the dignity that they deserved. The entire route was strewn with stones and debris from homes that had been bombarded, and with the bodies of Yidden who had not survived the onslaught, but the two niftarim were brought to kever Yisrael. The Rebbe’s son-in-law was buried in the courtyard of the tziyun of Harav Yaakov Aryeh of Radzimin.

Today, the courtyard of the house on Walicow Street stands desolate. The famous garden is covered with grass that tries to banish the evil and darkness that once dominated here. The walls of the house are riddled with bullet holes from the enemy, who wanted only to destroy the city, to empty it of its residents by annihilating them.

I glance inside the empty house. Through the window I see an ancient wooden table, which still stands from that time. On it is a simple glass plate with an extinguished wax candle. I try to imagine the panic and the chaos that overcame the residents of the house, and I cannot help but think about the glorious Jewish lives that were snuffed out.

Within a short time, not a remnant remained in Poland of what was possibly the largest community that had glorified that country for so many years.

Yet that candle continues to burn in Yerushalayim.