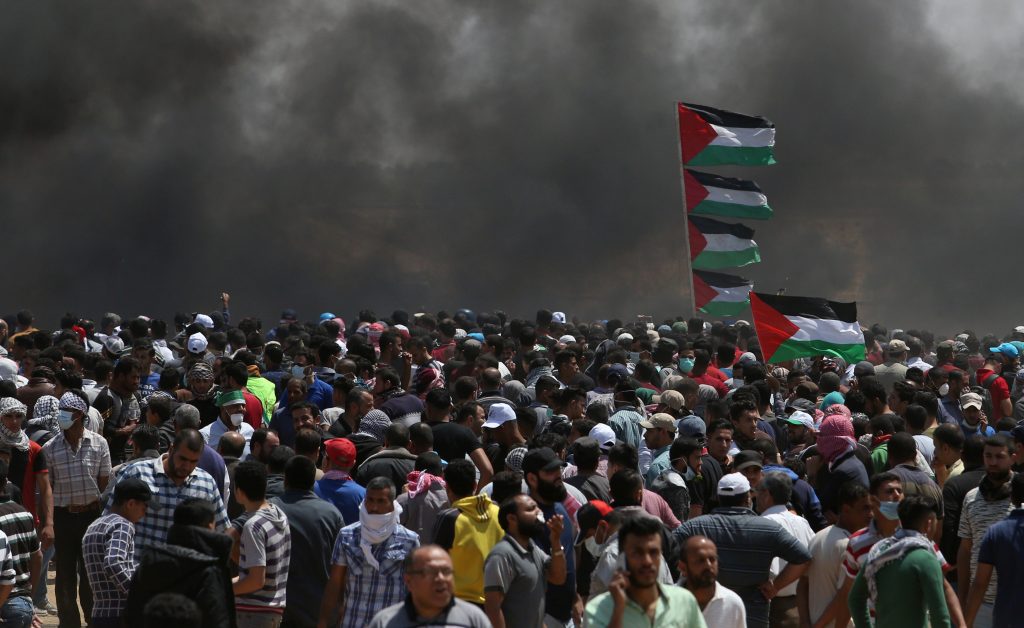 Iran has been funding the recent riots by Gaza residents along the border fence in preparation for the “Great March Home,” the major riot set for Tuesday. The Shin Bet said in a statement Monday that two Hamas terrorists who had recently infiltrated Israel and were arrested said under questioning that Hamas was getting the money to fund the riots directly from Iran.

The two were arrested at the end of April as they attempted to enter Israel. They were caught trying to cut through the security fence and detained. Under questioning they told officials that their objective had been to steal a security camera at the fence, and that groups of terrorists similar to them had been instructed to do the same, in preparation for Tuesday’s march.

Although Hamas is attempting to characterize the riots at the fence as an “uprising” of frustrated residents, Hamas terrorists – like themselves – were well embedded in the civilian population, and were supplying rioters with tires to burn, weapons, and fuel for the kites and balloons terrorists were using to set fires on the Israeli side of the border.

And it is Iran that is paying for the project. The riots that Hamas has been running require transportation for Gaza residents to the border fence, and a tent city was constructed in order to house activists. Food, fuel, tires for burning, and other expenses are involved. The investigators said that the infiltrators supplied some details on how Iran was funding the project, but that they were still gathering details.