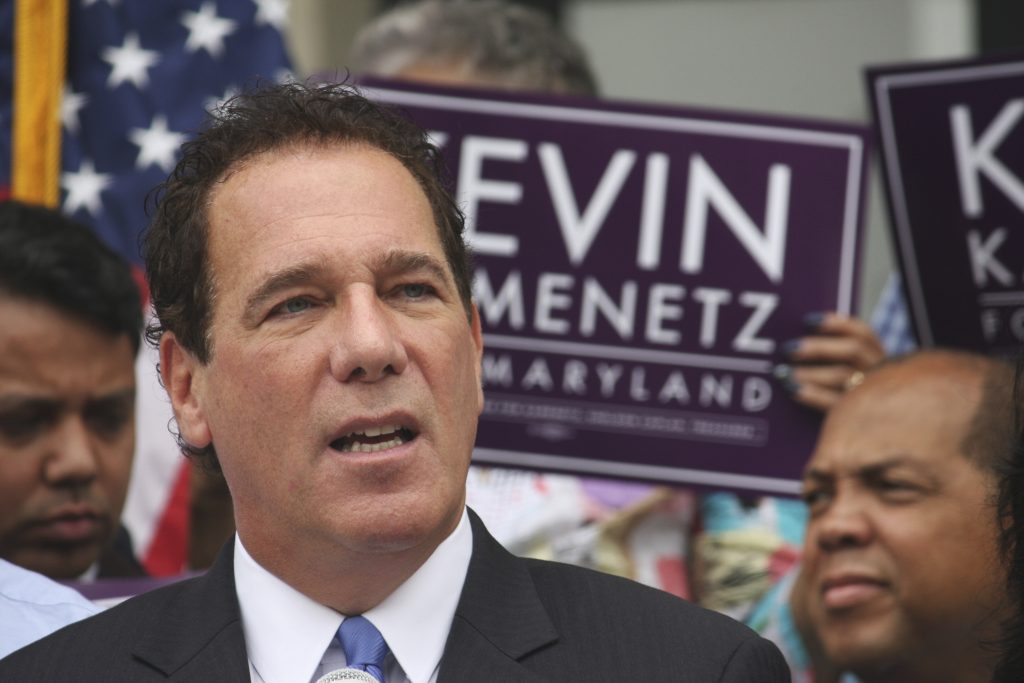 Kevin Kamenetz, a Democratic candidate for governor of Maryland and longtime leader in local politics, died early Thursday after going into cardiac arrest, officials said. He was 60.

Armacost, who has known Kamenetz for nearly 25 years, said everyone in county government was utterly shocked by his death.

“By all accounts, he appeared to be in excellent health. He went to a doctor regularly,” she said, adding that he took care to eat well. “This was not a person who had unhealthy habits.”

After beginning his public service career as a prosecutor in the Baltimore City State’s Attorney’s Office, Kamenetz was elected in 1994 to the Baltimore County Council, where he served four terms. He was a former president of the Maryland Association of Counties and the Baltimore Metropolitan Council.

A native of Baltimore County, he attended Johns Hopkins University and the University of Baltimore School of Law. He is survived by his wife, Jill Kamenetz, and two teenage sons.

Kamenetz was one of seven candidates vying for the Democratic nomination in the June primary to oppose Republican Gov. Larry Hogan this fall. He had chosen Montgomery County Councilmember Valerie Ervin as his running mate.

Sean Naron, Kamenetz’s campaign spokesman, said Kamenetz had been at a candidate forum Wednesday night, where he was in good spirits.

Todd Eberly, a political science professor at St. Mary’s College of Maryland, described Kamenetz as one of the top three Democratic contenders in the race, along with Rushern Baker and Ben Jealous. Kamenetz’s sudden death “has the potential to dramatically reshape the race,” because many of his supporters may now look to the other four candidates, Eberly said.

Condolences from political leaders began rolling in after the news broke Thursday morning.

“He was a dedicated public servant in Baltimore County for more than two decades, and we join with the citizens of Baltimore County and all Marylanders in mourning,” Gov. Hogan said in a statement. The governor ordered state flags to fly at half-staff.

Baltimore Mayor Catherine Pugh called Kamenetz a “friend and a supporter who always gave good advice,” and championed the city.

Kamenetz’s campaign touted his track record on education and the environment, highlighting a $1.3 billion investment in public education and the renovation or construction of 90 schools. On his campaign website, he also emphasized his fiscal policies, which he said resulted in no tax increases or government furloughs or layoffs during the Great Recession.

During Kamenetz’ tenure leading Baltimore County, the suburban county ringing the city of Baltimore underwent some growing pains. Swaths of the county made a transition from a traditional suburban area to a more congested one with some urban characteristics. Housing costs ticked up, and the division between the county’s well-off residents and low-income families grew.

Eberly said Kamenentz took those challenges seriously and committed the county to expanding the availability of affordable housing options and acceptance of federal housing vouchers by landlords in an effort to expand opportunities.

“He did not shy away from controversial or politically unpopular issues if he believed that addressing them was the right thing to do,” Eberly said.

Administrative officer Fred Homan will serve as acting county executive until the council votes on a replacement to serve the remainder of the term.