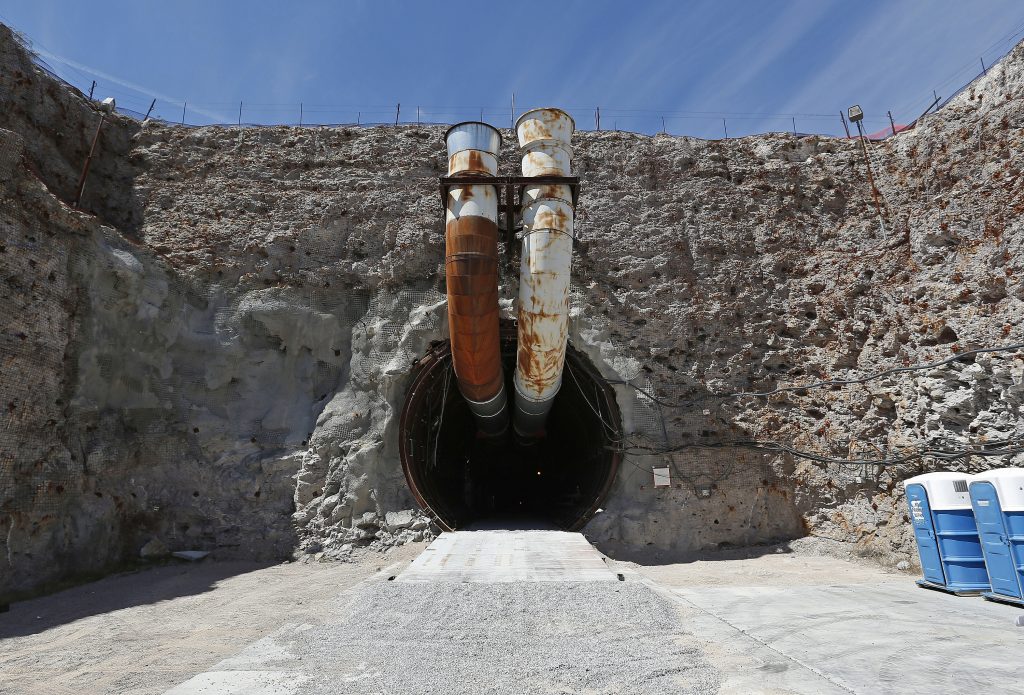 The House on Thursday approved an election-year bill to revive the mothballed nuclear waste dump at Nevada’s Yucca Mountain, despite opposition from home-state lawmakers.

Supporters say the bill would help solve a nuclear-waste storage problem that has festered for more than three decades. More than 80,000 metric tons of spent fuel from commercial nuclear power plants sit idle in 121 communities across 39 states.

The bill would direct the Energy Department to continue a licensing process for Yucca Mountain, while also moving forward with a separate plan for a temporary storage site in New Mexico or Texas.

The House approved the bill, 340-72, sending the measure to the Senate, where Nevada’s two senators have vowed to block it.

“The House can vote all they want to revive #YuccaMountain, but let’s be clear – any bill that would turn Nevadans’ backyards into a nuclear waste dump is dead on arrival,” Democratic Sen. Catherine Cortez Masto tweeted. “Yucca will never be anything more than a hole in the ground.”

But House members from both parties outside Nevada said it was past time for the federal government to fulfill its obligation to permanently dispose of spent nuclear fuel now sitting in dozens of states — near lakes, rivers and communities.

“People are ready to do something rather than nothing,” said Rep. John Shimkus, R-Ill., the bill’s chief sponsor.

“Regardless of your position on nuclear energy, we have to acknowledge the reality that tens of thousands of tons of (nuclear) waste already exist,” said Rep. Paul Tonko, D-N.Y. “This is a problem for over 120 host communities across our country, and it will not be solved by continuing to ignore it.”

Under pressure from then-Senate Majority Leader Harry Reid, D-Nev., President Barack Obama shelved the Yucca project in 2010, saying that nuclear waste should be stored in a state that wants it there.

Energy Secretary Rick Perry has said the U.S. has a “moral obligation” to find a long-term solution to store spent fuel from its commercial nuclear fleet. Trump’s budget proposes $120 million to revive the Yucca project.

Nevada Sen. Dean Heller, a Republican who is locked in a close race for re-election, blasted the House vote as “an exercise in futility.”

Heller vowed that, “Under my watch, I will not let one more hard-earned taxpayer dollar go toward this failed project — just as I have in the past. Yucca Mountain is dead, it is that simple.”

Nevada Democrats blame Heller for even allowing the vote, noting that he is a close friend of House Majority Leader Kevin McCarthy, R-Calif., who controls the House schedule.

“Sen. Heller tries to brag about standing between Washington and Yucca Mountain, but our weak and ineffective senator couldn’t even dissuade one of his closest friends on Capitol Hill from preparing to ram this bill through the Republican-controlled House,” said Sarah Abel, a spokeswoman for Nevada Democrats.

While the fight over Yucca resumes, lawmakers say they hope to make progress on a plan to temporarily house tons of spent fuel that have been piling up at nuclear reactors around the country. Private companies have proposed state-of-the-art, underground facilities in remote areas of west Texas and southeastern New Mexico to store nuclear waste for up to 40 years.

The nuclear industry has said that temporary storage must be addressed, since the licensing process for Yucca Mountain would take years under a best-case scenario.