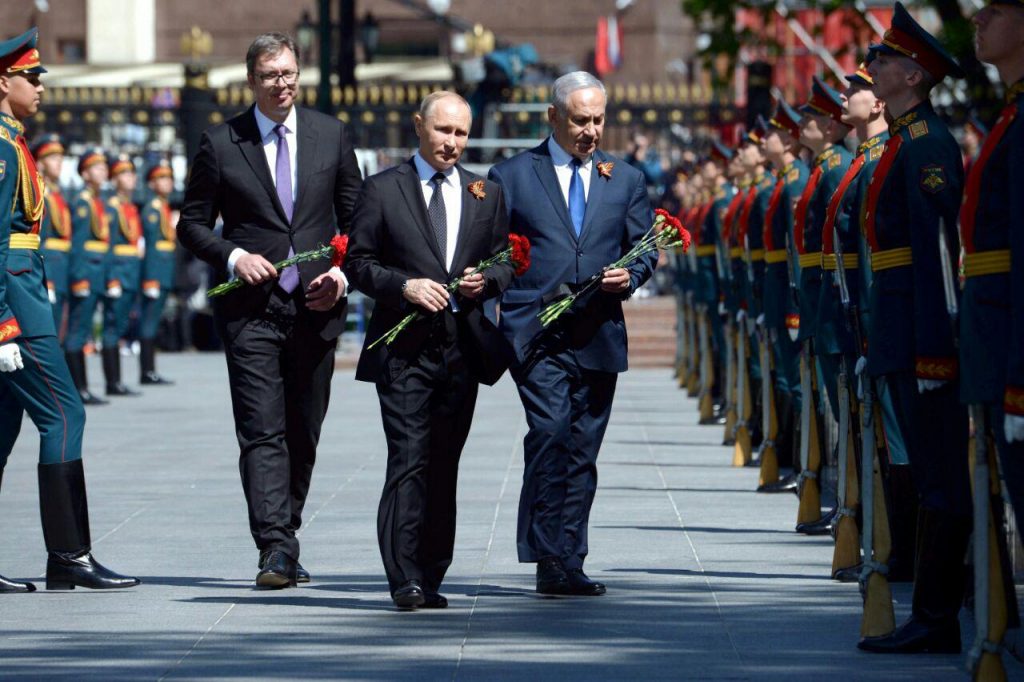 Putin had personally invited Netanyahu to participate alongside him in the events of Russia’s annual victory day.

Following the parade, the leaders attended a wreath-laying ceremony at the Tomb of the Unknown Soldier in memory of soldiers of the Red Army who fell in World War Two whose burial place is unknown. An honor guard was held at the site and the countries’ anthems were played.

The leaders then proceeded to take part in a reception at the Kremlin marking the holiday with the participation of dozens of veterans.

“We will never forget the meaning of your sacrifice, of these soldiers, together with half a million Jewish soldiers in the Red Army to secure the fate of Russia, humanity and the Jewish people,” said Netanyahu.

“Nor do we forget the great lesson of having to face a murderous ideology in time. It is unbelievable, but 73 years after the Holocaust there is a country in the Middle East – Iran – which calls for the destruction of another six million Jews.

“I very much appreciate the opportunity to talk with you about the region’s problems — or as you say, the attempts to solve the problems — so that we can counter threats in an informed and responsible manner,” Netanyahu said.

“I am very excited that you invited me to this parade as Prime Minister of Israel. This is another testimony to the deep connection between our two peoples and I thank you for that.”