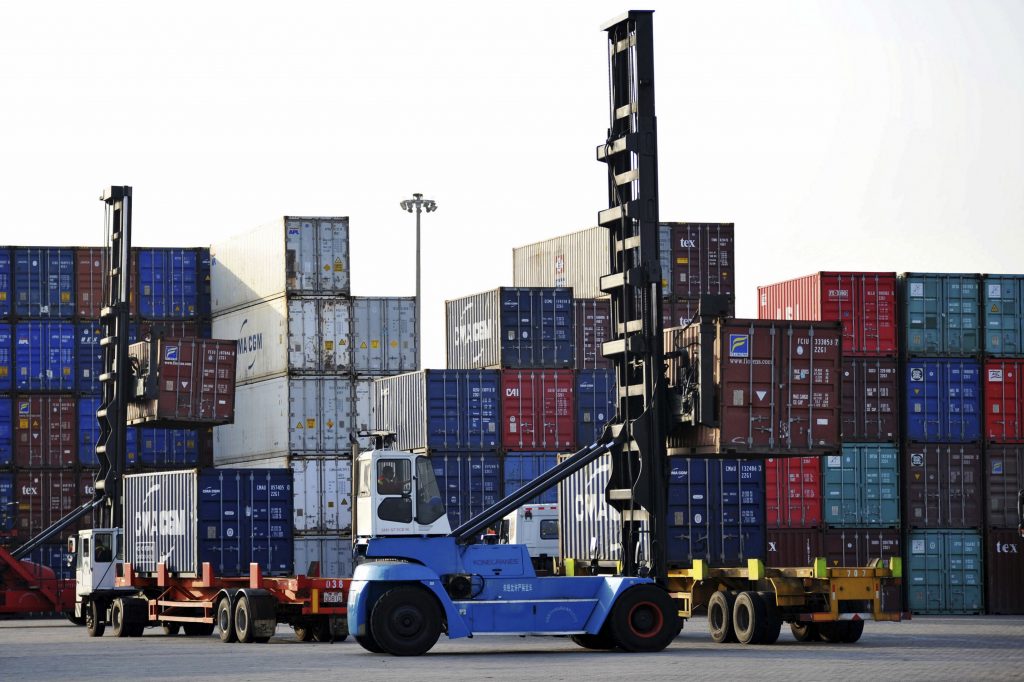 China’s exports rebounded more strongly than expected in April after a surprise drop the previous month, suggesting global demand remains relatively resilient and providing a cushion to the economy amid a heated trade dispute with the United States.

Imports in April also grew more robustly than expected, signalling China’s domestic demand is holding up well, good news for policymakers looking to soften the blow from any trade shocks.

Some analysts, however, warned the strong April showing was mostly seasonal and that the global export recovery may have already topped out.

“The backdrop of the ongoing trade negotiations between China and the U.S. is one in which global growth has already peaked and China’s export performance is waning as a result.”

The world’s two largest economies have threatened each other with tariffs on tens of billions of dollars’ worth of exports in recent months, leading to worries that Washington and Beijing may plunge into a full-scale trade war that could damage global growth and roil financial markets.

China’s April exports rose 12.9 percent from a year earlier, beating analysts’ forecasts for a 6.3 percent increase and snapping back from a 2.7 percent drop in March that economists believe was heavily distorted by seasonal factors.

The heated row with Washington and threats of tit-for-tat punitive measures on trade and investment have added to existing concerns about an economic slowdown in China this year as Beijing continues its campaign to reduce risks to the country’s financial system.

China’s top economic official will visit Washington next week to resume trade talks with the Trump administration, the White House said on Monday.

A Reuters report citing sources said China had offered to buy more U.S. goods and lower tariffs on some goods, including cars.

But the Trump administration has drawn a hard line, demanding a $200 billion cut in the Chinese trade surplus with the United States by 2020, sharply lower tariffs and advanced technology subsidies, according to people familiar with the top-level U.S.-China talks last Friday.

Highlighting the challenge of significantly reducing that gap any time soon, China’s trade surplus with the United States widened to $22.19 billion in April, from $15.43 billion in March, according to Reuters calculations based on customs data released on Tuesday.

For January-April, it rose to $80.4 billion, from about $71 billion in the same period last year.

China’s exports to the United States rose 9.7 percent in April from a year earlier, slowing from a 14.8 percent rise in the first quarter. Its imports from the U.S. rose 20.3 percent in April, the fastest growth in three months.

Export growth was led by a 20.7 percent increase in shipments of high-tech products, led by mobile phone exports. Economists at ANZ believe some Chinese exporters may be accelerating electronics shipments amid the tariff threats.

China’s move to higher-value exports is clear, with shipments of lower-end products like shoes and apparel declining year-on-year, but its strategic tech sector is firmly in the cross hairs of the White House.

Once again, commodities led the way, with imports of soybeans and crude oil rising in April from the previous month, though imports of iron ore and coal fell.

That left China with a trade surplus of $28.78 billion for the month, compared with forecasts for a $24.7 billion surplus in April and a rare deficit of $4.98 billion in March.

While neither the United States nor China has set a hard time frame for imposition of tariffs, the threat of disruptions and higher costs may already be altering global trade patterns as well as companies’ production and marketing strategies.

Companies in both countries have said that they are adjusting business plans and becoming more cautious in the face of the worsening trade environment and the threat of more tariffs.

China’s exports of steel and aluminium both rose in April as U.S. tariffs and sanctions caused a spike in global prices, prompting mills and smelters to send more metal abroad, analysts said.

Meanwhile, China’s imports of integrated circuits have surged since the start of the year as the United States threatened to impose tariffs on up to $150 billion in Chinese goods over allegations of intellectual property theft.