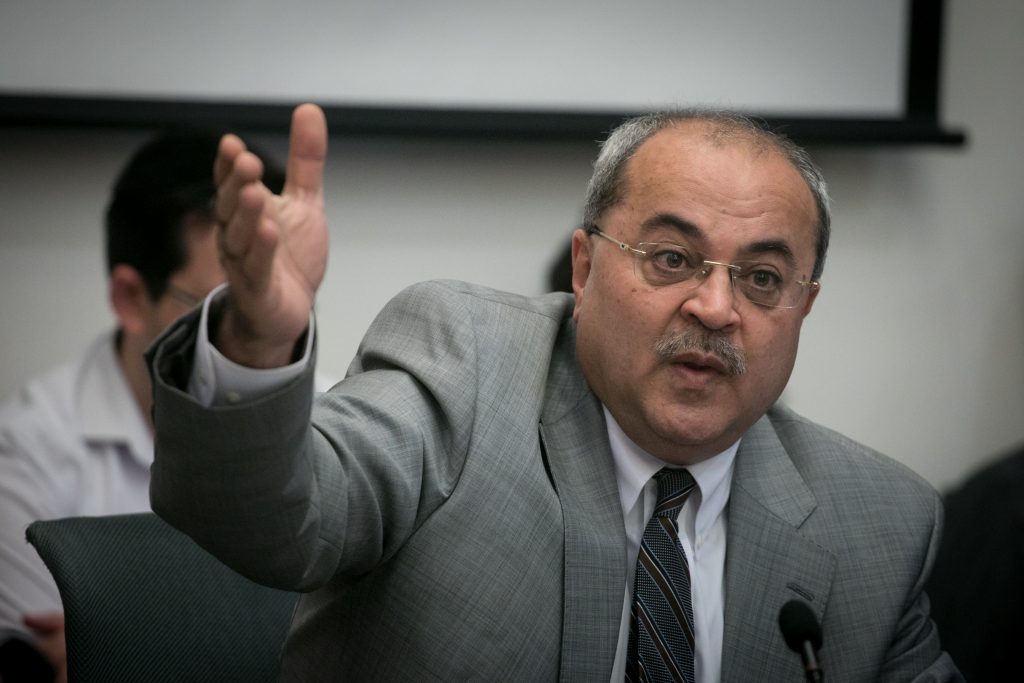 The Knesset on Monday night approved the first reading of a bill that would authorize the government to “freeze” transfer payments to the Palestinian Authority as a sanction on payments to imprisoned terrorists and families of slain terrorists.

“This madness, that we’re transferring money to the Palestinian Authority that is used to encourage terror against us, will cease,” he wrote.

Passage was by a vote of 55-14. Meretz and the Joint Arab List voted against it.

The legislation will now go to committee for review, before returning to the plenum for two more readings and a final vote before becoming law.

The measure, which would cut hundreds of millions of shekels from tax revenues transferred to the PA, is similar to a measure recently passed in the U.S., known as the Taylor Force Act, withholding funding to the PA over stipends to terrorists and their families.