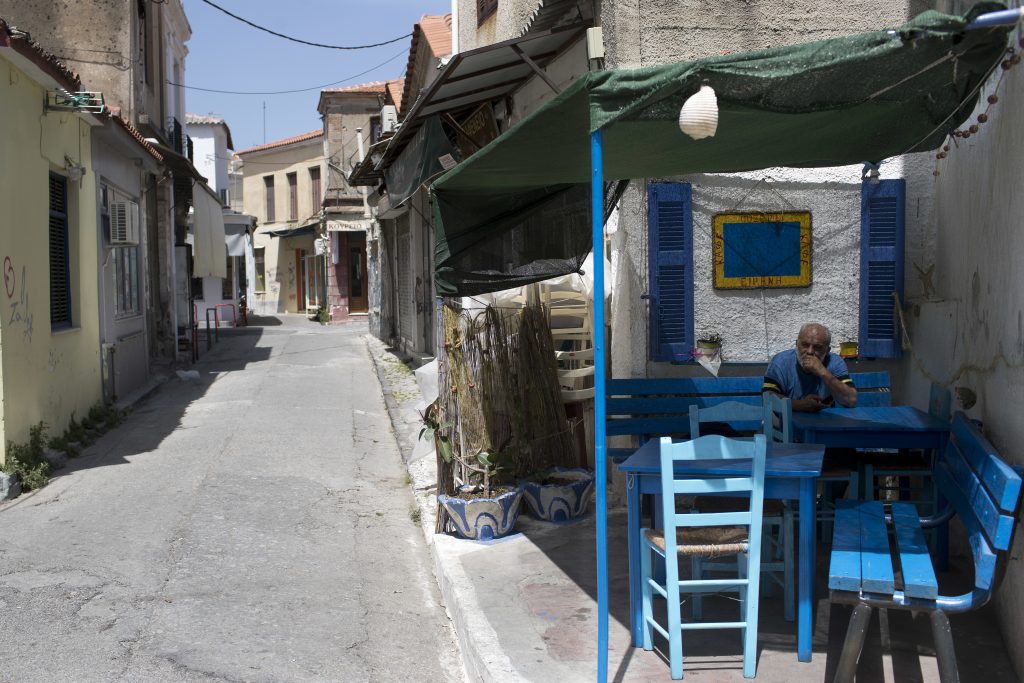 A general strike virtually shut down the Greek island of Lesbos on Thursday as residents protested a European Union migration policy that has left thousands of asylum-seekers stranded here.

Most businesses, shops, cafes and local government offices were shuttered in the main town of Mytilene. The only sign of normality was that police officers were still on duty, and the local tax office was open.

Two protest rallies were planned later in the day when PM Tsipras was due to speak at a conference. Stores were also closed in protest on the nearby island of Chios.

More than 15,000 migrants and refugees remain stuck on Lesbos, Chios, and three other islands, most staying in severely overcrowded camps.

“Thousands of people are still living in appalling conditions with limited access to medical facilities,” said the aid group Doctors Without Borders. Conditions at the largest refugee camp in Lesbos, the group said, “were putting the health and lives of people stranded on the island at risk.”

Additional police officers, including anti-riot units, have been sent to Lesbos and took up positions around Mytilene. Supporters and opponents of the government used vans fitted with loudspeakers to promote the protest as well as a speech planned by the prime minister later Thursday.

Under a 2016 EU-Turkey agreement, migrants arriving on Greek islands from Turkey are held on the islands facing deportation to Turkey unless they successfully apply for asylum in Greece. The deal has created a massive backlog.

Tension on the islands has been building as the number of migrants arriving from Turkey has risen sharply in recent weeks.

“The situation on the island is exceptionally difficult. We are feeling the effects of a long-term financial crisis and the way the refugee crisis has been handled,” Lesbos Mayor Spyros Galinos said.

“For there to be any talk of growth or recovery, we must first be lifted out of this emergency situation.”

The government has promised to move thousands of asylum-seekers to the mainland but says the effort will take several months to implement — requiring additional staff and more shelter sites around Greece.

In the meantime, the number of daily arrivals continues to rise on the island and Greece’s land border with Turkey

Authorities said 53 people believed to be from Iraq and Syria were picked up Thursday after a yacht used to smuggle them into the country ran aground on a remote mainland beach in northeastern Greece.

The 12-meter (40-foot) Turkish-flagged yacht ran aground on Molyvoti beach in the northeastern Rodopi region, far from any of the usual smuggling routes used to ferry migrants and refugees from Turkey to Greece.