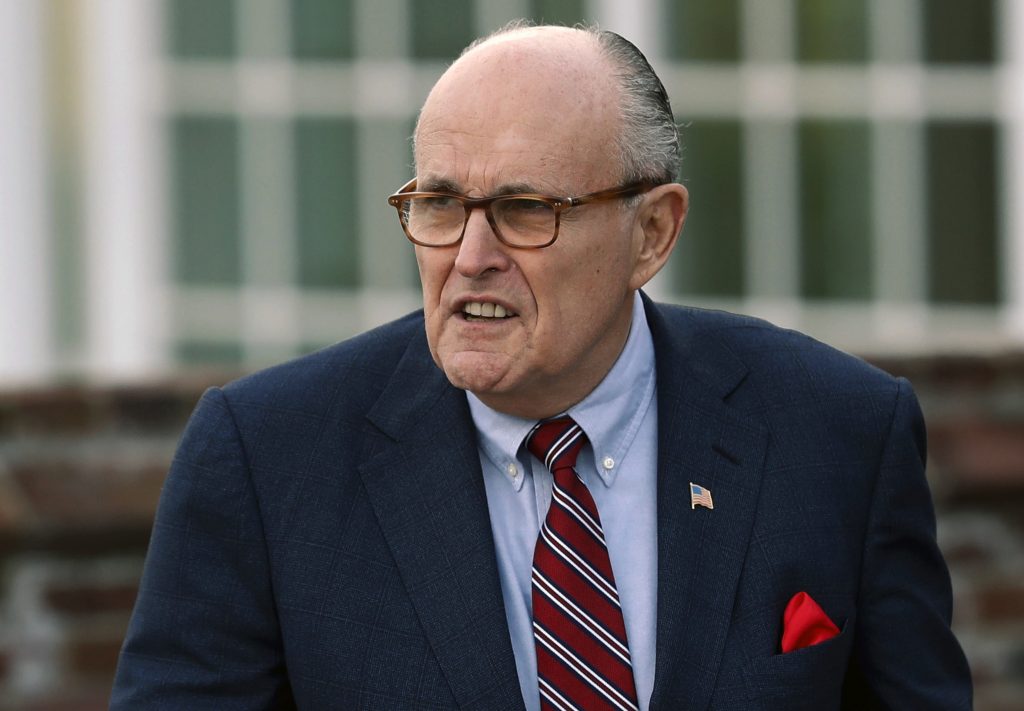 During an appearance Wednesday night on Fox News, Giuliani decried the FBI’s raid last month of the Manhattan home, office and hotel room of Trump’s longtime personal lawyer, Michael Cohen. In doing so, Giuliani referred to the agents as “stormtroopers,” a term originally used to describe specialist soldiers of the German army in World War I and adopted by the Nazi Party for members of its paramilitary wing.

“I know the New York FBI,” Comey, who once served as U.S. attorney for the Southern District of New York, wrote on Twitter on Thursday morning. “There are no ‘stormtroopers’ there; just a group of people devoted to the rule of law and the truth. Our country would be better off if our leaders tried to be like them, rather than comparing them to Nazis.”

During an interview with The Washington Post on Thursday afternoon, Giuliani fired back at Comey.

“He’s a sensitive little baby,” Giuliani said of Comey. “He should be sensitive because he’s been caught lying over and over again.”

In recent days, as Giuliani has made several media appearances, he has taken repeated shots at Comey, whom Trump fired last year. Comey is on a publicity tour to promote a new book that is highly critical of Trump.

During an appearance on Fox News on Thursday morning, Giuliani accused special counsel Robert Mueller of trying to trap Trump into perjury by making him sit for an extended interview as part of his investigation into Russian interference in the 2016 campaign.