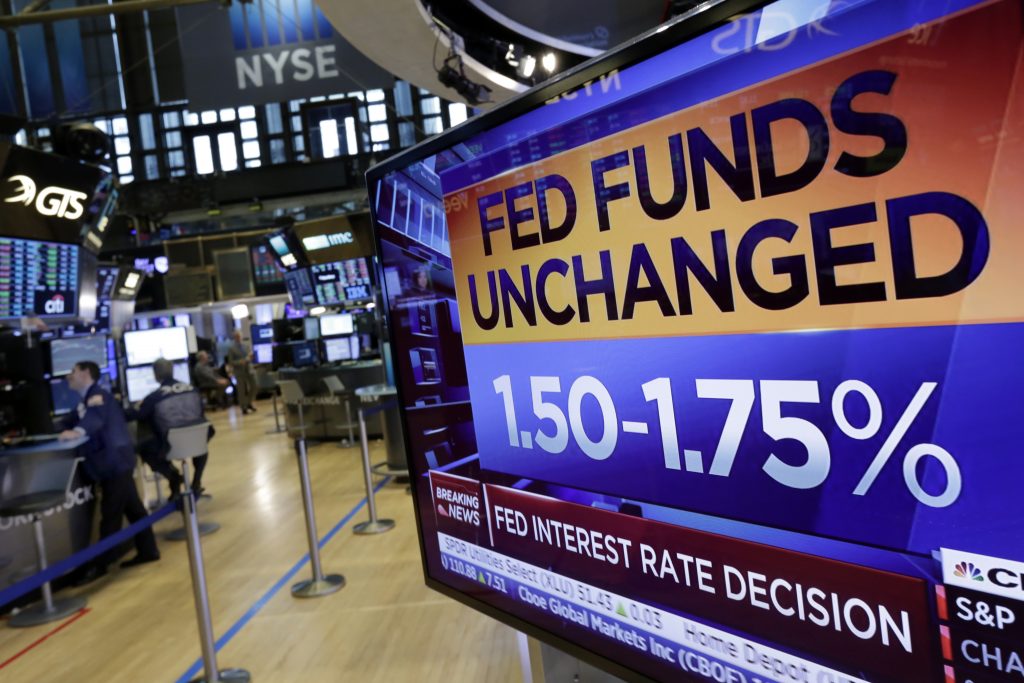 In its announcement, the U.S. central bank expressed a confident economic outlook, saying that activity had expanded at a moderate rate and that inflation was nearing its 2-percent target. The Fed unanimously decided to keep its lending rate in a target range of between 1.50 percent and 1.75 percent. It is expected to increase rates in June.

The Fed’s announcement assuaged investors’ concerns about the possibility of accelerated interest-rate increases as rising materials costs for companies have signaled a pickup in inflation.

“I’d call what the market is doing a sigh of relief because we didn’t get an unexpected hike,” said Randy Frederick, vice president of trading and derivatives for Charles Schwab in Austin, Texas.

Advancing issues outnumbered declining ones on the NYSE by a 1.61-to-1 ratio; on Nasdaq, a 2.11-to-1 ratio favored advancers.