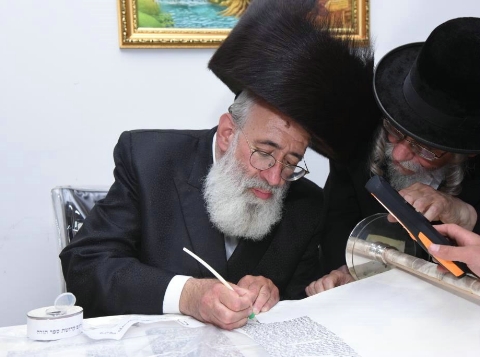 The Klausenberg community was shocked to learn on Wednesday morning of the sudden petirah of Rav Moishe Reich, z”l, noted philanthropist and ish chessed, at the age of 62.

Reb Moishe was one of the foremost Chassidim and donors to the Sanzer mosdos. He was close to the Rebbe, zy”a, and lhbch”l, the Sanzer Rebbe, shlita.

Reb Moishe was born in America, on Yom Kippur 5716/1955. His father, Reb Shmuel Refael Reich, z”l, was a close confidant of the Klausenberger Rebbe, zy”a, and one of the founders of Kiryat Sanz, Netanyah.

When he came of age, Reb Moishe married, tblch”t, Chanah. They lived in Har Nof, Yerushalayim, where Reb Moishe was a prominent member of the Imrei Shefer community. He would take part in and deliver shiurim, being a talmid chacham and a formidable speaker.

Reb Moishe was best known for his acts of tzedakah and chessed, all done without fanfare. Hundreds of families were supported by him, and all with a smile.

Reb Moishe was in Tzfas this week, ahead of Lag BaOmer, when he planned to be in Meron. He stayed in his house in Tzfas, near the Sanzer beis medrash in the Old City of Tzfas.

Overnight Tuesday, he felt unwell and was rushed to Tzfas’s Ziv Hospital. His situation deteriorated overnight, with the family ordering a helicopter to fly him in to Tel Aviv for further treatment. Ultimately, he was niftar in Tzfas after heart failure.

He is survived by his wife, children and many grandchildren.

The levayah will set out from the Sanzer beis medrash in Tzfas Wednesday afternoon, and will then continue on to Yerushalayim. On Thursday, Lag BaOmer, the levayah will continue to Netanyah, where Reb Moishe is to be buried near his Rebbe, the Klausenberger Rebbe, zy”a.

The levayah was postponed until Thursday to allow the family from overseas to arrive for the levayah.