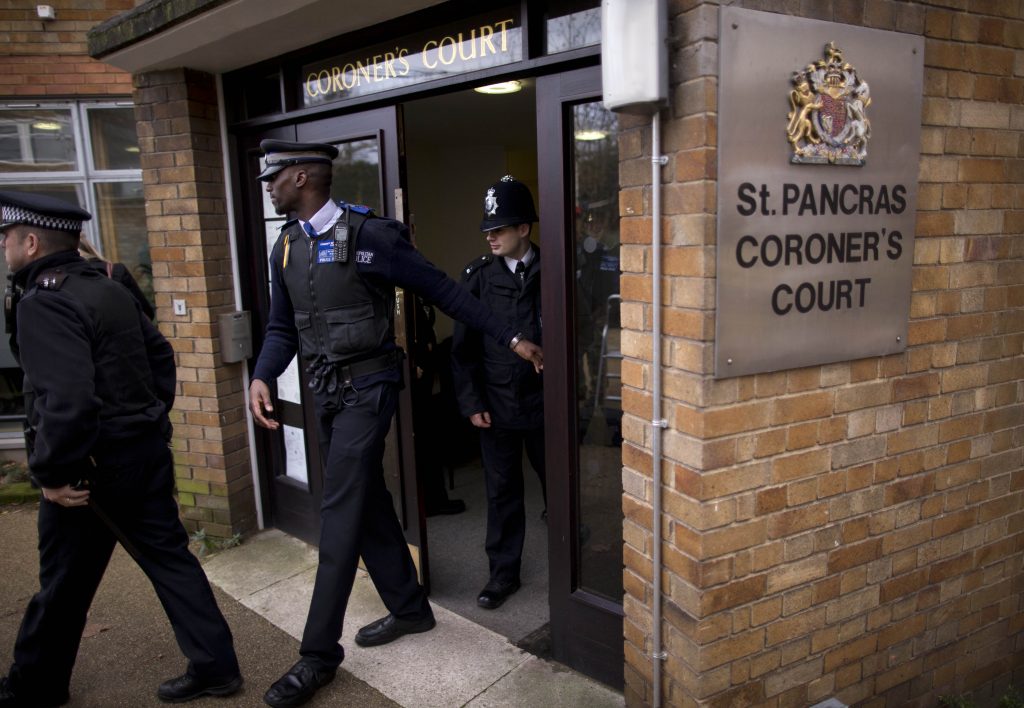 At a time when religious liberties are under increasing attack throughout the world, a ruling by the British High Court in a case brought by London’s Adath Yisroel Burial Society against the local coroner is most welcome.

The ruling is only the latest development in a long-running and most painful saga involving the controversial North London Coroner Ms. Mary Hassell.

The office of the coroner — which is the British equivalent of Medical Examiner in the United States — wields considerable power in England, and its purview is much wider than its U.S. counterparts. For the past six years, the actions — as well as the inaction — of Ms. Hassel, whose area of jurisdiction includes the Jewish community of Stamford Hill, has caused enormous angst and anguish for bereaved religious families.

On numerous occasions she has insisted on invasive autopsies even when families offered to pay for non-invasive alternatives, and ignored pleas from both Jewish and Muslim communities to make herself, or a staff member, available to process the paperwork after hours and on weekends, causing levayos to be delayed for days. Family and friends who were already coping with a devastating loss were forced to also deal with the trauma of waiting for days for the body to be released and brought to kevurah.

Repeated attempts by local askanim to reach an understanding with her proved unsuccessful, and back in 2015 her decisions were successfully challenged in the High Court. In 2016, following complaints by members of the kehillah, she was formally reprimanded by the Judicial Conduct Investigations Office.

Yet despite this history, at the end of last October she adopted a policy which clearly stated that “No death will be prioritised in any way over any other because of the religion of the deceased or family, either by the coroner’s officers or coroners.”

The London’s Adath Yisroel Burial Society went to court, arguing that this policy was unlawful, as it violated sections of both the European Convention on Human Rights, which as per the 1988 Human Rights Act is binding law in the United Kingdom, as well as the Equality Act. Founded almost a century ago and staffed by unpaid volunteers, this chevrah kaddisha has more than 5,000 members; it stressed that most if not all its members would be affected by Hassel’s policy.

In order to ensure that the organization would have “legal standing” as an affected party, it was later joined by a 79-year-old Orthodox Jewish woman residing in the area, who gave a moving written statement expressing serious concerns, based on her religious beliefs, about the impact of the policy on her.

In a telling and encouraging sign, the Chief Coroner of England and Wales who joined the case as an “interested party” weighed in strongly on behalf of the community, insisting that Ms. Hassel’s policy was illegal.

The case also garnered considerable political support from a long list of elected officials, including Prime Minister Theresa May, London Mayor Sadiq Kahn, and members of the London Assembly.

In their ruling, Lord Justice Singh and Mr. Justice Whipple found that while “It would be wrong for a Coroner to impose a rule of automatic priority for cases where there are religious reasons for seeking expedition,” — which the court noted the attorneys for the community did not request — “A Coroner cannot lawfully exclude religious reasons for seeking expedition of decisions by that Coroner, including the Coroner’s decision whether to release a body for burial.”

They pointed out that the average time between the death and burial or cremation in the general population is now some 15 days. Many families in England are now content for a funeral to be delayed, not least because it may enable members of the family to travel from long distances in order to attend.

In contrast, the court underscored, “for certain faith groups, in particular the Jewish faith and the Muslim faith, it is very important that a funeral should take place as soon as possible, ideally on the day of death itself…. This principle is so important to Jewish people that it is quite common for a close relative, such as a child of the deceased person, to miss the funeral of their parent if, for example, they are abroad when their parent dies…”

Since Ms. Hassel acknowledged that she also agrees that certain cases must be given priority over others — such as homicide investigations and organ donations — the court ruled that refusing to take religious beliefs into consideration “is discriminatory and incapable of rational justification.”

It is telling that in their ruling, the court also quoted from the witness statement by a Muslim religious leader, Mufti Abdur-Rahman Mangera, as well as the Muslim Council of Britain, in support of the Jewish community stance. This is yet another reminder that when it comes to many issues involving religious liberties, the Jewish and Muslim communities share a vested interest, and often work together to fight for their rights.

While this ruling is a significant victory for the community, the battle to protect the religious rights of niftarim and their families is not over. Amid serious concerns as to whether she is really prepared, even after this ruling, to truly accommodate religious beliefs, there are increasing calls for Ms. Hassell to step down.

Rabbi Asher Gratt, a spokesperson for Adath Yisroel, said that “Having twice been found guilty of acting unlawfully, it’s high time for Hassell to move on and make way for a compassionate coronial service.”