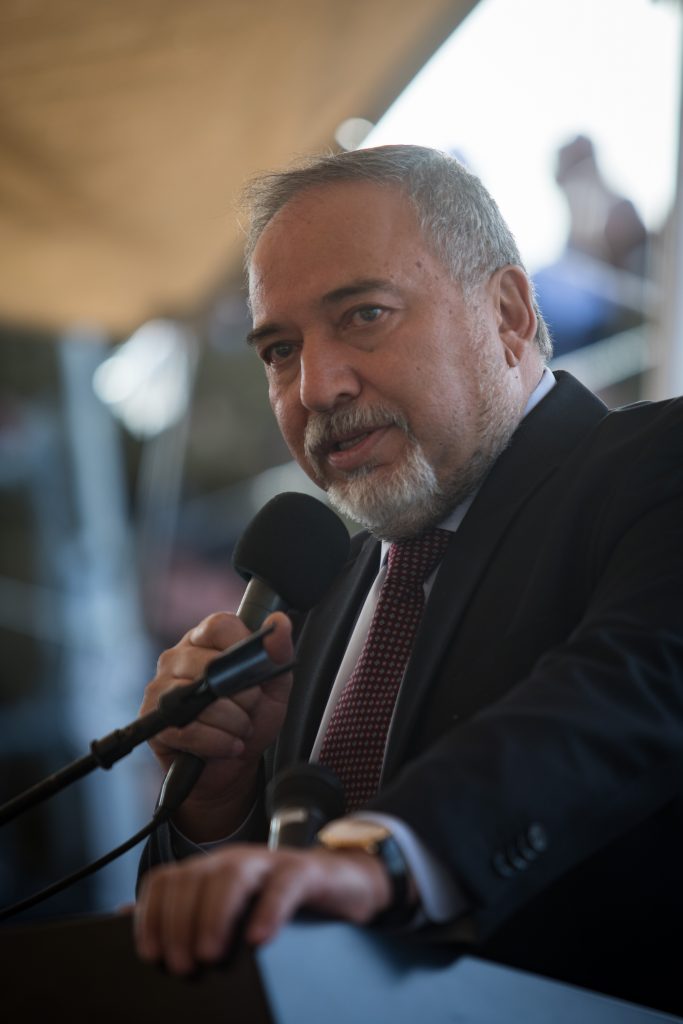 Speculation that Israel is on the brink of war with Iran persisted on Tuesday despite Prime Minister Binyamin Netanyahu’s comment downplaying the possibility.

An NBC news report quoted three unnamed U.S. officials saying that it was Israel that carried out the airstrike in Syria on Sunday (about which Israel will not comment), and that Israel hopes to have American support in a coming military confrontation with Iran.

They linked the just-concluded trip to Washington by Defense Minister Avigdor Liberman to the ostensible war preparations, as well as other recent high-level consultations.

Earlier on Tuesday, when asked during an interview with CNN if Israel is prepared to go to war with Iran over its entrenchment in Syria, PM Netanyahu answered: “Nobody’s seeking that kind of development. Iran is the one that’s changing the rules in the region.”

Defense Minister Avigdor Liberman said on Tuesday he would not respond to foreign reports about the airstrikes, adding, “I don’t read foreign publications.”

However, he reiterated Israel’s policy of not allowing Iran to gain further military leverage in Syria:

“Iran is trying to hurt us and we will respond appropriately,” Liberman said.

“Israel has four problems: Iran, Iran, Iran and hypocrisy,” he said in remarks at a ceremony marking the exchange of command of the head of COGAT, the IDF office that administers Palestinian affairs in Yehudah and Shomron and Gaza.

“What we see in the international arena is a surreal spectacle where those same countries that many years ago supported the Munich and Molotov-Ribbentrop agreements continue to bury their heads in the sand and ignore the reality of Iran, which is trying to destabilize the entire Middle East, Yemen, Iraq,” he said.

According to NBC, one U.S. official rated the Iran-Israel conflict as the most likely to erupt into open clashes.

“On the list of the potentials for most likely live hostility around the world, the battle between Israel and Iran in Syria is at the top of the list right now,” the official said.