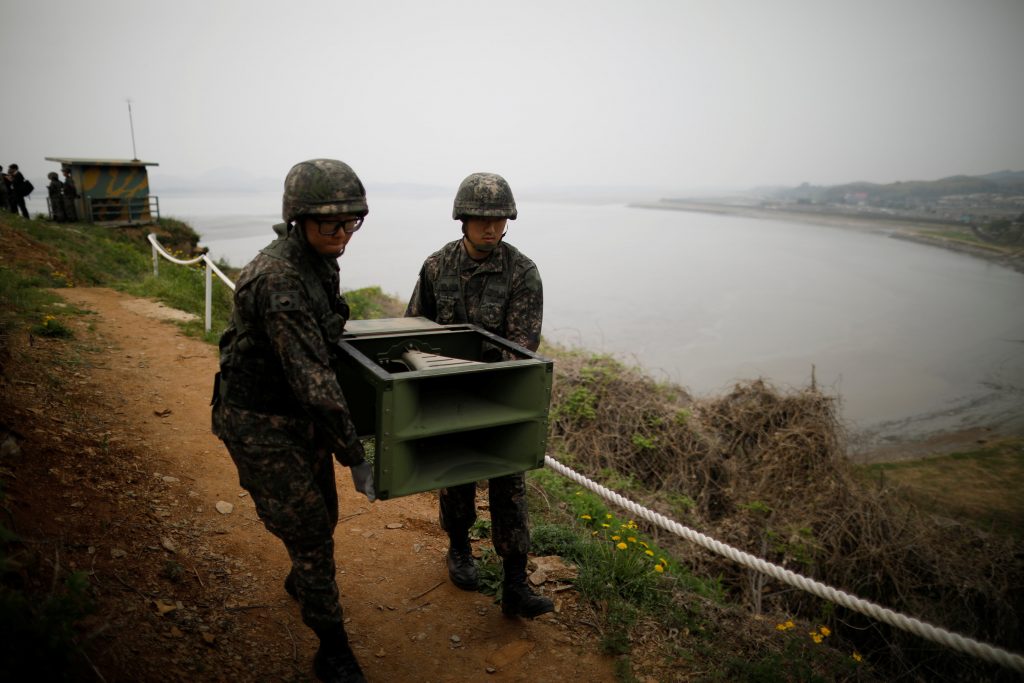 Moon made the request in a phone call Tuesday with U.N. Secretary-General Antonio Guterres, Yonhap reported.

Several days before Friday’s historic summit between Moon and North Korea’s Kim Jong Un, the North had promised to dismantle its Punggye-ri nuclear test site to “transparently guarantee” its dramatic commitment to stop all nuclear and missile tests.

The moves are the first practical, if small, steps toward reconciliation and come after an agreement in the joint declaration signed at Friday’s summit between South Korean President Moon Jae-in and the North’s Kim Jong Un.

Activity at several spots along the border indicated North Koreans were taking down the speakers, a defense official said. South Korea started doing the same at 2 p.m. local time, he said.

For decades, with only a few breaks, the two sides have pumped out propaganda from huge banks of speakers as a form of psychological warfare. The South broadcast a mixture of news,Korean pop songs and criticism of the northern regime, while the North blasted the southern government and praised its own socialist system.

As a sign of goodwill, the South had stopped its propaganda ahead of the summit, and the North followed suit.

In another small sign after Friday’s summit, North Korea said Monday it would shift its clocks forward half an hour to align with its southern neighbor starting May 5.