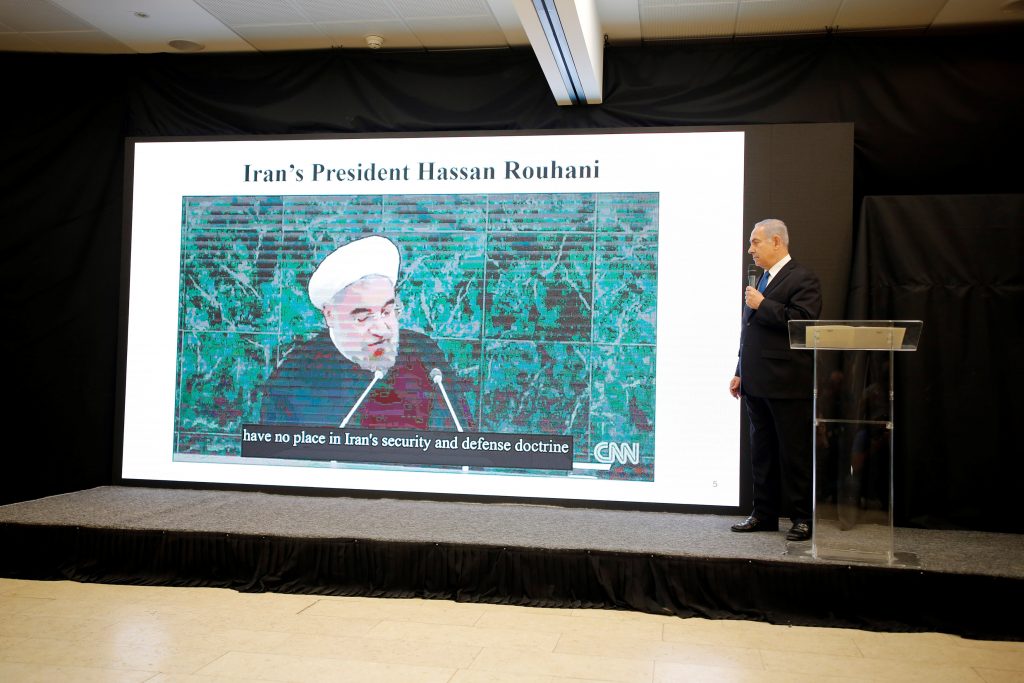 Prime Minister Binyamin Netanyahu said on Tuesday that Israel was not seeking war with Iran, one day after unveiling what he said was evidence of a secret Iranian nuclear weapons program.

Netanyahu made his case as President Donald Trump considers whether to withdraw the United States from a 2015 deal between Iran and six major powers aimed at limiting Iran’s nuclear program.

Both Netanyahu and Trump have long criticized the agreement and in several U.S. media interviews on Tuesday, Netanyahu made his points directly to the American people.

Asked if Israel is prepared to go to war against Iran over the issue, Netanyahu told CNN: “Nobody’s seeking that kind of development. Iran is the one that’s changing the rules in the region.”

Iran, which has always said its nuclear program was for strictly peaceful means, dismissed Netanyahu’s presentation on Monday as propaganda.

Trump faces a May 12 deadline to decide whether to pull the United States out of the 2015 agreement, which offered Tehran relief from international sanctions in exchange for curbs on its nuclear program.

“I trust his judgment,” Netanyahu told Fox News. “He’ll do the right thing.”

Netanyahu said the nuclear deal would need “a major overhaul,” but that Trump would have to make that decision.

“This regime had a secret nuclear weapons program and they’re trying under a very bad deal to get a nuclear arsenal. They shouldn’t get it,” he told Fox, adding, “It really needs a new deal.”