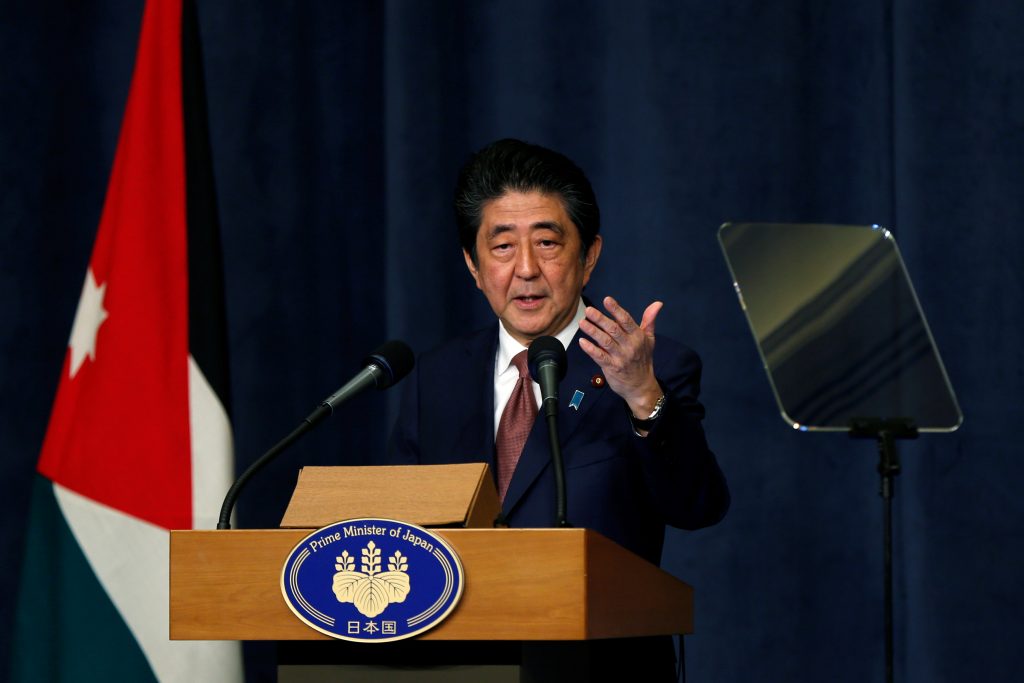 Abe said he wants Japan’s Self-Defense Force to be officially recognized by the constitution as the country’s military. Opponents say the revision could expand Japan’s military role beyond current limits.

“Finally, it’s time for us to tackle a revision to the constitution. And it’s you, the people, who are to play the primary role,” Abe said in a statement read by a senior member of his ruling Liberal Democratic Party at an annual campaign rally for charter change. Abe is currently traveling in the Middle East.

Public opinion has been split, despite an expanded campaign to drum up support for constitutional amendment in recent years. Demands for change have been led mainly by Abe’s party, not the public. Abe’s ruling block holds the necessary two-thirds majority in both houses of parliament to propose a revision; but its junior partner, the Komei party, is reluctant to accept a charter change.

Japan’s postwar constitution renounces the use of force in settling international conflicts, and limits the military to self-defense, although Japan has a well-equipped modern army, navy and air force that work closely with the U.S. The Self-Defense Force, which was established less than a decade after Japan’s World War II defeat. It was once controversial, but is now widely accepted as Japan’s legitimate military.

Abe, after seeing his party’s earlier proposal for a more drastic revision of the constitution’s war-renouncing Article 9 fail to gain public support, began arguing that many Japanese scholars still consider the Self-Defense Force unconstitutional and that the constitution needs to be revised to spell out its legitimacy.

Earlier Tuesday, thousands of participants in a May Day rally opposed the proposed constitutional revision and demanded Abe’s resignation over his suspected role in widening cronyism scandals.

Abe’s ruling party and its nationalistic supporters, such as the powerful lobby Nippon Kaigi, have advocated constitutional revisions for years. They say the 1947 charter, imposed by U.S. occupation forces after Japan’s World War II defeat, is outdated and its pacifist restrictions make Japan vulnerable to a growing security threat from North Korea.