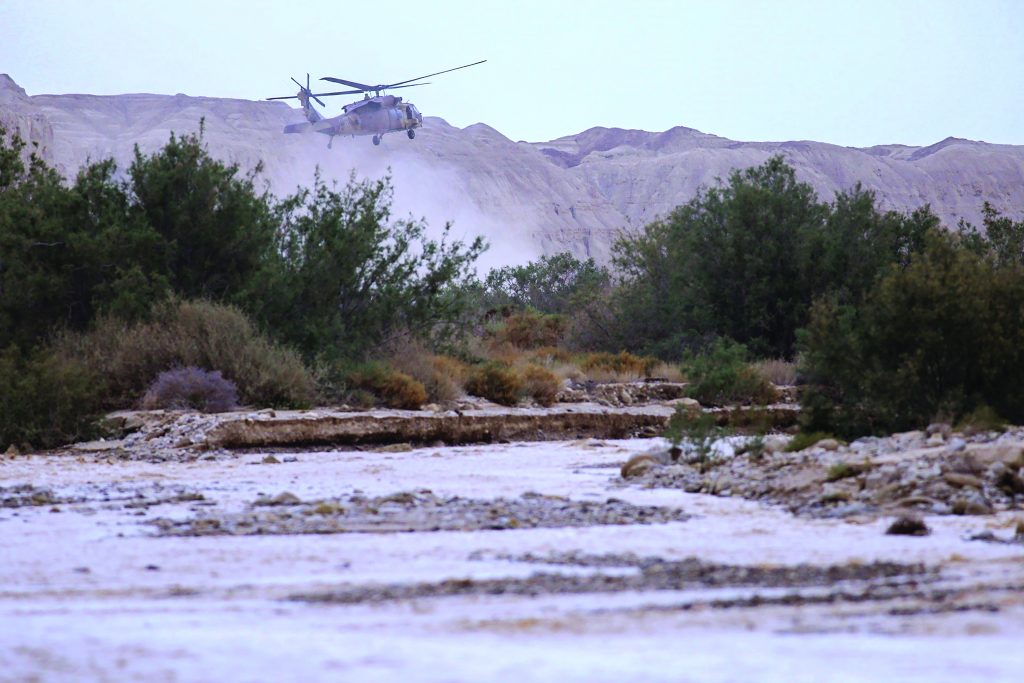 They took the path to the Kineret estuary slowly. The yeshivah students then in camp in the north sang slow songs as they walked down to wade into the cool Kineret waters. It was the summer of 5748/1988, exactly 30 years ago.

They took off their shoes and sang lustily: “Mikolos mayim rabbim … mayim rabbim adirim …adirim mishberei yam.” They were blissfully unaware of the crisis that would unfold over the next few moments.

Just a few days earlier, the Mekorot water company had installed a new water pump at the site, and the students, who knew nothing of it and didn’t read the warning signs, began to get sucked into the whirlpools of water one after another. It was terrifying: One bachur, then another, got sucked into the unknown. It didn’t take long for the magnitude of the tragedy to stun the Jewish world: Four bachurim, all top students, were plucked from the water, lifeless.

Two weeks before this tragedy, the Gerrer Rebbe, the Pnei Menachem, zy”a, then Rosh Yeshivah of Yeshivas Sfas Emes, urgently called a meeting of all the mashgichim in the community’s yeshivos.

He told them about a dreadful dream he had recently had that gave him no rest. In his dream, his brother the Bais Yisrael, zy”a, was asking him to please watch over the yeshivah bachurim. The Pnei Menachem then turned to the mashgichim and asked them to be extra cautious and not go on any trips.

Then, 30 years ago, no one understood the reason for such a need. They weren’t on a trip, they were just wading in the water. But these victims were a warning call for different times: One doesn’t play in water, and one doesn’t play with students’ safety.

The widespread sentiment in Israel of “it won’t happen to me” took a heavy toll in lives this past week: Ten young students who traveled on a stormy day to Nachal Tzafit in the Aravah region perished in flash floods.

They were 25 young people who just went out to hike. There was foreboding in some hearts. The children, the parents, and even some of the counselors and guides in the school were afraid and expressed doubt, but the culture of “trust me” and “it will be fine” prevailed once again. At the end of the day, only 15 of the youngsters returned home. Ten were left behind — plucked at the prime of their lives. What a needless tragedy.

Each week in Israel, at least one construction worker falls to his death, and no one learns a lesson from this. When I visit the United States and see the extra caution taken on building sites, or on the back of semitrailer trucks, I express surprise: Why is it not like this in Israel?

There are no warnings here. Every contractor and foreman can decide whenever he wants to spill cement blocks, rocks and gravel from the seventh floor into the truck bed on the ground. No one stops the traffic on the road and warns that something unusual is about to happen. And ugliest of all: The Israelis walk under rickety scaffoldings, alongside a truck bearing an extremely oversized load, and stand on the curb waiting for the traffic light to change. “It won’t happen to them.”

And in the end it happens. It happened in the Versailles Hall 17 years ago, when 23 wedding guests fell to their deaths because people had relied on illegal methods of construction. It happened recently when the parking lot collapsed in Tel Aviv and six workers lost their lives. It happens all the time. There’s no one to stop the race to the gallows, bearing the sign: “It won’t happen to me.”

Prime Minister Yitzchak Rabin once said: “One of our most painful problems has a name, and it’s the combination of two words: ‘Yihiyeh b’seder (It’s will be fine).’

“Behind these two words is usually hidden what is very not b’seder: arrogance and an overarching sense of self-confidence, power and authority that are very out of place.”

Still, we see here, as we do in every event — difficult and not so difficult — the Hand of Hashem. These were normative students who were not looking for adventure. They didn’t leave Eretz Yisrael in search of a world that doesn’t exist. In their ideology, they sought to study the land and tour it. And due to a Heavenly Decree, the eyes of the counselors were blinded and they did not see the danger, and baruch Hashem, 15 children survived.

Because ultimately, we have no one in whom to put our faith except our Father in Heaven. n