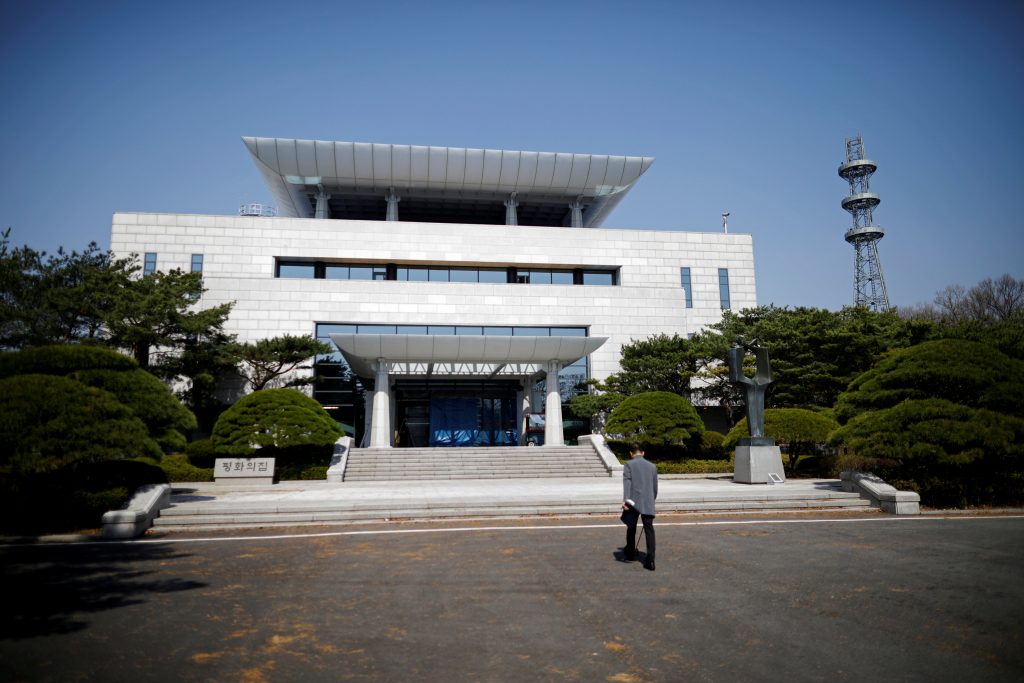 “Numerous countries are being considered for the MEETING, but would Peace House/Freedom House, on the Border of North & South Korea, be a more Representative, Important and Lasting site than a third party country? Just asking!” Trump said on Twitter.

Trump is expected to meet with Kim in weeks, and said in an interview on Thursday that he was considering five locations for his summit with the North Korean leader, although he has said multiple times that the talks may not happen.

Last week the leaders of North and South Korea met and pledged to end hostilities and work toward the “complete denuclearization” of the Korean Peninsula, seeming to increase the likelihood of the Trump-Kim summit. A war between North and South ended in July 1953 in a truce rather than an official peace treaty.

Pyongyang has said it would close its nuclear test site next month.