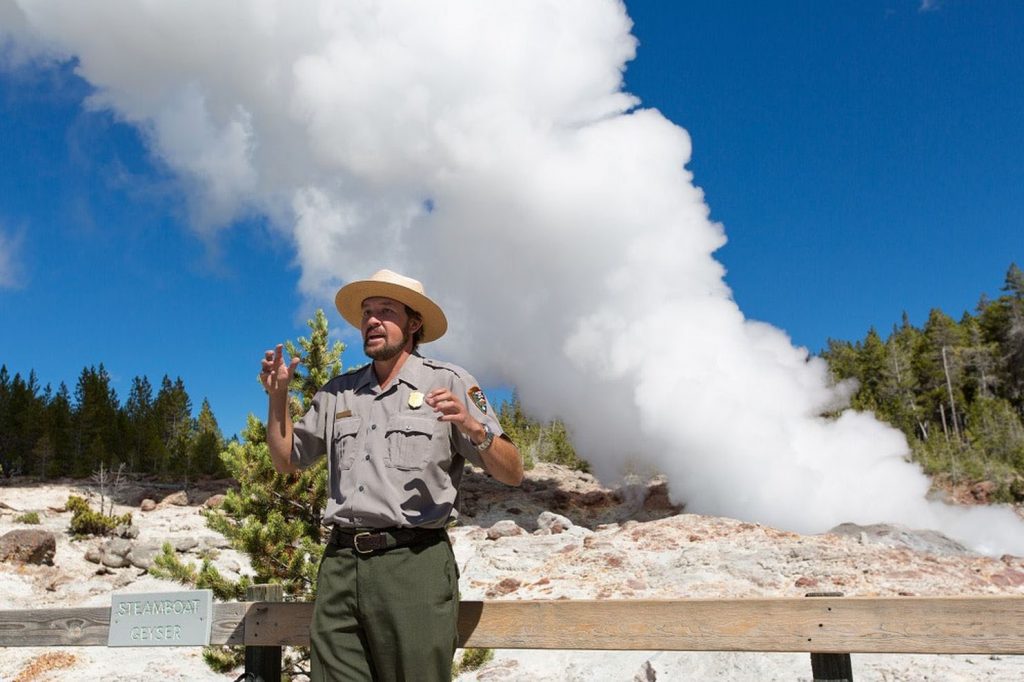 The Steamboat Geyser at Yellowstone National Park can spout 300 feet of scalding water into the air, a feature of the world’s tallest active geyser. That is known.

What isn’t known is why is the geyser has erupted three times in the past six weeks, including one event on Friday in an unusual pattern that hasn’t occurred since 2003.

The spike in activity has puzzled scientists who closely monitor Yellowstone, the crown jewel of the national park system that rests on top of a violent supervolcano measuring 44 miles across.

Though scientists say the reasons for the spate of eruptions is unclear, officials with Yellowstone Volcano Observatory cautioned that the geyser activity is not a sign of impending doom.

“There is nothing to indicate that any sort of volcanic eruption is imminent,” observatory scientist in charge Michael Poland told The Washington Post on Sunday.

Geysers are the result of magma heating water that has seeped into the ground, triggering an eruption of liquid through vents in the earth surface for as long as dozens of minutes, followed by billowing steam that may last days.

Yet geysers are difficult to study. Most have unpredictable eruptions that may happen in intervals lasting years, making it challenging to assign resources such as seismic monitors and cameras, Poland said. For instance, no scientists observed Friday’s eruption. It was reported by a visitor, he said.

Poland said he is not sure what is exactly going on with the Steamboat geyser.

One possibility he offered: the three eruptions on March 15, April 19 and Friday could point to thermal disturbances, heated ground that can change the behavior of geysers and springs or form new ones, he said.

The string of eruptions over a year in 2003 may have been connected to a particularly violent thermal disturbance that killed trees and nearly boiled trails in the Norris Basin, where several geysers, including Steamboat, are located.

Poland also suggested that Steamboat is relieving pressure through smaller eruptions rather than one big event. The second and third eruption were about the same size, about 10 times as large as that of the park’s famous Old Faithful geyser, Poland said.

But since most geysers produce erratic activity, the trio of eruptions “might just reflect the randomness of geysers,” Poland said. Steamboat erupted several times in the early 1980s but was inactive for five decades, ending its drought in 1961, he said. So, it’s difficult to pin routine behavior on the geyser.

“This is what geysers do. They erupt,” Poland said.

The appropriately named Old Faithful to the south of Steamboat is an outlier, with eruptions so predictable that the park operates a Twitter feed of alerts with a 10-minute margin of error.

But geysers are not structurally similar to one another. Old Faithful has a straightforward plumbing system that probably includes chambers that produce heating, Poland said. The plumbing network underneath Steamboat’s vent may be more intricate, with uneven magma activity.

So, what does the Steamboat activity mean for the risk of an eruption of the Yellowstone caldera, an event that could blanket Los Angeles, Seattle and Chicago in a foot of ash?

“Yellowstone has this strange psychology to it about a world-ending event,” he said, but the potential for an eruption in this lifetime is incredibly remote. Although Poland said volcanic eruptions do not follow a timetable, there have been no seismic activities that would point to an increased chance of a catastrophic event.

And, Poland said, the Steamboat eruptions are a good sign that there is no imminent danger. Rising magma would dry up pools of water, so geysers going dormant would be a worrying event.

Scientists will gather next week for a scheduled meeting about research priorities, and Poland expects the Steamboat eruptions to generate discussion. It may lead to more resources if researchers are thinking that there may be more activity to come.

“It’s cool, it’s exciting, it’s neat,” Poland said about the eruptions. “It’s nothing to be afraid about.”