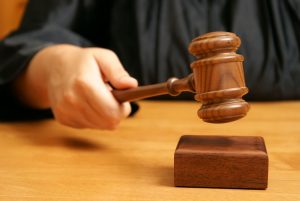 In a victory for London’s Adath Yisrael Burial Society (AYBS) and for the religious community in London, the U.K. High Court ruled Friday that the protocol issued by Inner North London Coroner Mary Hassell was “unlawful,” “irrational” and “discriminatory.”

Mary Hassell, whose area of jurisdiction includes Stamford Hill, has come into conflict with the kehillah there, and with the local Muslim community, on a number of occasions since her appointment in 2012. Over the years, she has tried to insist on invasive autopsies when the family have offered to pay for non-invasive alternatives, which could be performed more quickly; and ignored pleas from both communities to make herself, or a staff member, available to process the paperwork out of hours, allowing for speedy burial.

In 2016, she was formally reprimanded by the Judicial Conduct Investigations Office, following complaints by members of the kehillah. In 2015, her decisions were successfully challenged in the High Court, where injunctions were served against her and in Judicial Review, where she was found to have acted unlawfully and ordered to pay costs.

In February of this year, the AYBS was granted the right to a judicial review of the “cab rank” protocol of Hassell.

In Friday’s ruling, the High Court wrote that the protocol issued by Hassell on  October 30, 2017 that “No death will be prioritized in any way over any other because of the religion of the deceased or family” (the “Protocol”) was “unlawful,” “irrational” and “discriminatory.” The validity of the Protocol (widely known as the “cab rank” rule) was therefore struck down and quashed. This high-profile case has received support from Prime Minister Theresa May, London Mayor Sadiq Kahn, the London Assembly and Jewish and Muslim leaders.

This rule has now been struck down and the coroner must give priority to those who need speedy burial for religious or other pressing reasons.

The 56-page judgment was unremitting in its criticism of Hassell. The words inflexible, unlawful, over-rigid, discriminatory, incapable of rational justification, and misguided were just some of the epithets used by the court to describe either Hassell, her Protocol, or both.

As per the ruling, Hassell cannot claim ignorance of the devastating effect which her Protocol had on Jews, Muslims and others with a strong need for speedy burial. The judges found that “it is very clear from the various materials submitted by the Defendant that she was acutely aware of the impact her policy might have on certain minority religious communities within her area.” So why did she not bother to get legal advice in the first place, and why did she not reconsider her Protocol once she was aware of the legal arguments against it? She had said she would reconsider, but failed to keep true to her word.

Rabbi Asher Gratt, speaking for the AYBS, said, “This legal victory will bring immense relief for grieving families to bury their loved ones with respect and dignity, preventing further unnecessary anguish at the darkest moment of their lives.” He went on to say, “Having twice been found guilty of acting unlawfully, it’s high time for Hassell to move on and make way for a compassionate coronial service.”

Marie van der Zyl said on behalf of The Board of Deputies of British Jews, “Senior Coroner Hassell must now consider her position. If she cannot carry out this basic function of her role, she must vacate her position.”

Trevor Asserson, lawyer for ABYS, said, “This victory by AYBS is a victory for the cause of diversity throughout British Society. Everyone interested in pluralism, and intent on defeating discrimination, in all its forms, must rejoice at the Court’s firm and clear ruling.”

He added that “the Court found against Hassell on every count, except for finding that she had considered the impact of her Protocol on Jews and Muslims. This was … faint praise, for the Court found ‘she did not recognize that impact as discriminatory as a matter of law.’ In other words, she knew she was causing anguish to people, but was too ignorant of the law to understand that her conduct was not only lacking in any compassion, but was also discriminatory and unlawful.”

Trevor Asserson concluded: “The fact that Hassell chose to employ material of this type in her defense must raise a question as to whether she is a fit person to remain in post in Inner London North. Not only does it show poor judgment to rely on such sources, but also Hassell’s commitment to supporting pluralism must be questioned if she can associate with such views.”