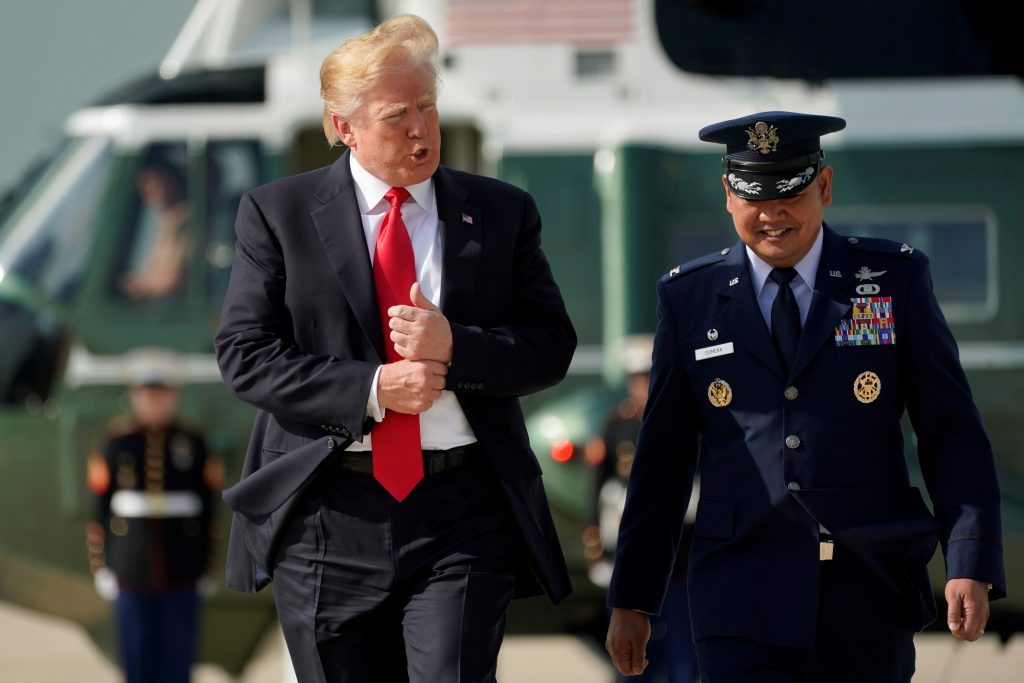 President Donald Trump said Friday that he rejected a plan to spend $1 billion on the new U.S. Embassy in Jerusalem and plans to do it for less than half a million dollars instead.

He said at a press conference with German Chancellor Angela Merkel that he “may go” to the embassy opening May 14.

Trump says he had started signing his name to a proposal when he noticed the eye-popping $1 billion figure. He says he called it off. Trump says U.S. Ambassador to Israel David Friedman told him it could be done for a mere $150,000.

Rather than build a new building, the U.S. is retrofitting a small part of an existing American consular facility so the embassy can open quickly.

At the press conference, Trump also said tht he’ll make sure Iran does not use nuclear weapons, adding, “You can bank on it.”

The president was asked if he would use military force to reign in Iran’s nuclear program, if the U.S. drops out of the international nuclear deal with Iran.

Trump said he won’t discuss the use of military force, but he added: “They are not going to be doing nuclear weapons. You can bank on it.”