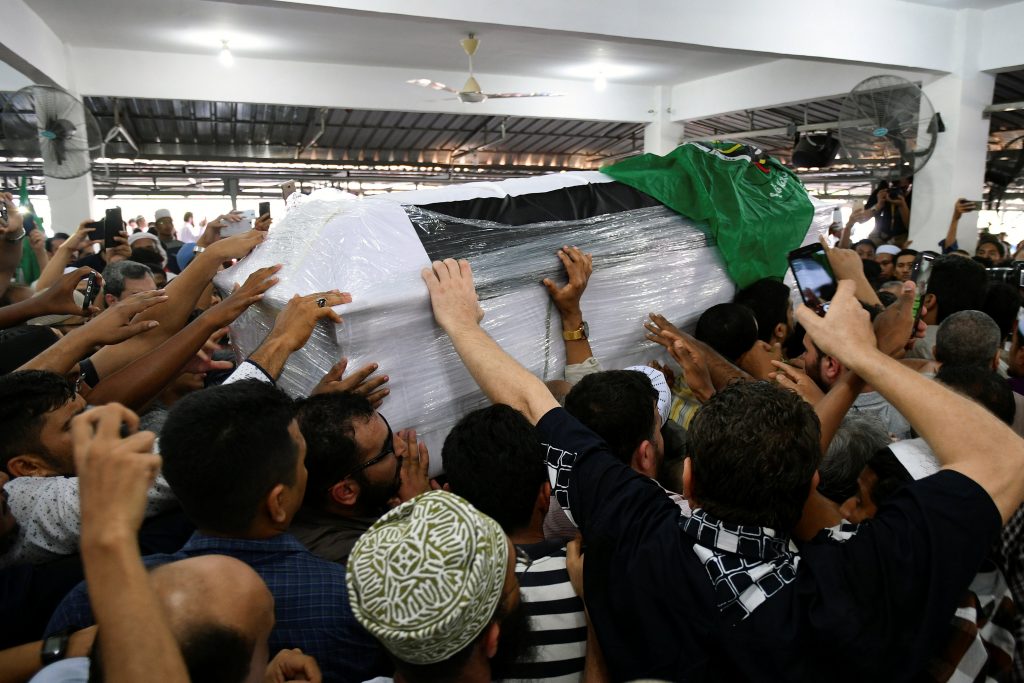 A report in the New York Times Thursday claims that the elimination of Hamas engineer Fadi al-Batsh is part of a long-running campaign directed by Israel’s Mossad to destroy Hamas’s “brain trust” – a group of educated professionals and academics who work abroad on projects directed by the terror group, and who submit their work to Hamas, which uses it to attack Israel.

On the surface, the report said, al-Batsh was “a well-liked electrical engineering lecturer and devout family man, [who] always had a smile for his friends and students in the seven years since he moved to Malaysia from his native Gaza.” But “it was the Palestinian man’s undercover job — as what intelligence officials described as a technology expert for the military wing of the Gaza-based Hamas movement — that had put him in the crosshairs,” the report added.

That job, according to the Times, was to surreptitiously develop technology Hamas could use against Israel. The technology that al-Batsh apparently excelled in was related to Hamas’s drone program; Yediot Achronot earlier this week tracked down a 2013 academic paper written by al-Batsh and two other researchers at the Islamic University Malaysia that discussed the use of drones in various capacities, and the addition of equipment to them, including “communications systems and image processing tools and equipment.” The paper discusses the advantages of drones over bigger aircraft, and describes how they could be engineered to contain equipment for different purposes.

Al-Batsh was shot dead by two individuals who rode past him on motorcycles on Saturday morning in Kuala Lumpur, the capital of Malaysia. Local reports said that he was hit by 10 bullets. Israel has denied involvement in the elimination, with Defense Minister Avigdor Liberman attributing it to “a settling of scores between Hamas terrorists.” Malaysian officials have refrained from pointing fingers, but al-Batsh’s family has accused Israel – a claim that the Times said “has been confirmed by Middle Eastern intelligence officials, who said the killing was part of a broader operation ordered by the Mossad chief, Yossi Cohen, to dismantle a Hamas project that sends Gaza’s most promising scientists and engineers overseas to gather know-how and weaponry to fight Israel.”

Malaysia has long been a strong advocate for Palestinians and for Hamas, the report said, and both Fatah and the Gaza terror group have used it for military exercises and training – such as in 2010, when terrorists practiced using paragliders as attack weapons. Malaysia denied that the training had taken place on its soil. Hamas also has strong ties with Malaysia’s ruling United Malays National Organization, with the terror group annually invited to the party’s conference.

According to the Times, “on the day he was killed, Mr. Batsh was supposed to travel to Istanbul to attend an academic conference. One Middle Eastern intelligence official, however, said that Hamas’s efforts to cultivate its scientists living abroad were directed from Istanbul, and that Mr. Batsh was scheduled to meet with the head of the unit, Maher Salah, upon arrival in Turkey.”

Al-Batsh’s family was transferred to Gaza Wednesday, despite efforts by Israel to prevent that from happening. His funeral is set to take place later Thursday. Hamas has admitted that al-Batsh worked for the terror group. In a statement, Hamas condemned “the murder of the educated Palestinian who worked on behalf of the Palestinian cause,” who was “murdered by the traitorous hands of the enemy.”