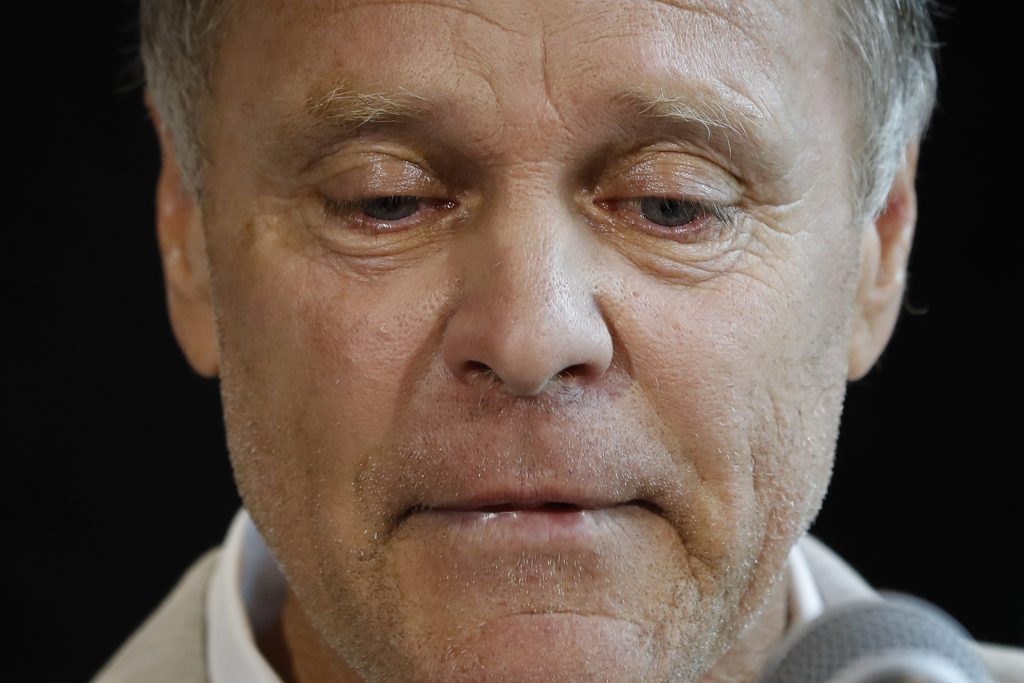 The family of Otto Warmbier filed an extraordinary lawsuit against North Korea in federal court Thursday, alleging that the 22-year-old college student was “brutally tortured and murdered” by Kim Jong Un’s “criminal” regime during 17 months in captivity.

The 22-page complaint, filed in U.S. District Court for the District of Columbia, details in blunt language how the University of Virginia student, a former homecoming king and soccer standout from Cincinnati, was “brutally” abused after being detained on a tour in Pyongyang. He arrived home in a coma after being released last June, dying days later.

The action aims to hold Kim’s regime legally accountable for their son’s death, but the timing also raises significant geopolitical implications, coming weeks before an expected meeting between President Donald Trump and the North Korean leader in late May or early June. It also comes a day before a high-stakes inter-Korea summit between Kim and South Korean President Moon Jae-in, which is widely viewed as a crucial prelude to the potential denuclearization talks between Trump and Kim.

Trump has raised Warmbier’s death repeatedly in public statements and made his case a cornerstone of his administration’s “maximum pressure” campaign on Pyongyang, which the president has credited for bringing Kim to the negotiating table. Trump has pledged to raise human rights in his talks with Kim, but some South Korean officials fear that doing so publicly could complicate the sensitive diplomatic efforts underway.

In a statement, Fred Warmbier said his son was “taken hostage, kept as a prisoner for political purposes, used as a pawn and singled out for exceptionally harsh and brutal treatment by Kim Jong Un. Kim and his regime have portrayed themselves as innocent, while they intentionally destroyed our son’s life. This lawsuit is another step in holding North Korea accountable for its barbaric treatment of Otto and our family.”

The Warmbier family is represented by McGuire Woods, and a lead attorney in the case, Richard Cullen, also represents Vice President Mike Pence, who has also spoken out against the North’s treatment of Warmbier and its record of human rights abuses. Fred Warmbier accompanied Pence as part of the U.S. delegation to the opening ceremony of the Winter Olympics in Pyeongchang, South Korea, in February.

The White House and Pence’s office are supportive of the lawsuit but did not have a role in drafting it, according to a person close to both sides.

Trump “spoke clearly about the pain that all Americans felt when we lost Otto Warmbier. That feeling of loss has not changed,” White House press secretary Sarah Huckabee Sanders said in a statement. “Although this is a private legal action to which the United States government is not a party, Americans remain committed to honoring Otto’s memory, and we will not forget the suffering of his parents, Fred and Cindy Warmbier.”

Trump has eviscerated the North for its treatment of Warmbier, raising his death last fall during speeches at the United Nations in New York and to the South Korean general assembly in Seoul. But more recently, Trump, who last year belittled Kim as “little rocket man,” has tamped down his bellicose rhetoric in a bid to ease tensions ahead of the summit.

“He really has been very open and, I think, very honorable from everything we’re seeing,” Trump told reporters of Kim on Tuesday, during a meeting at the White House with French President Emmanuel Macron.

The lawsuit asks for a monetary award to be determined by the court for punitive damages related to Warmbier’s mistreatment and death, and the emotional suffering of his family. The money could come from a fund, created by Congress in 2015 and administered by the Justice Department, to compensate victims of state-sponsored terrorism.

Victor Cha, who served as a high-ranking Asia policy official in the George W. Bush administration, said Thursday that the Trump administration should not shy away from raising human rights issues during its negotiations with North Korea.

Japanese Prime Minister Shinzo Abe, who met with Trump at Mar-a-Lago in south Florida last week, pressed the president to raise with Kim the 13 unresolved cases of Japanese citizens who were abducted by North Korean operatives in the 1970s and 1980s. Numerous South Koreans also have been abducted.

“We can never have a normal relationship with North Korea unless the human rights issues are addressed,” said Cha, now a Korea expert at the Center for Strategic and International Studies. “We can’t sweep this under the rug.”