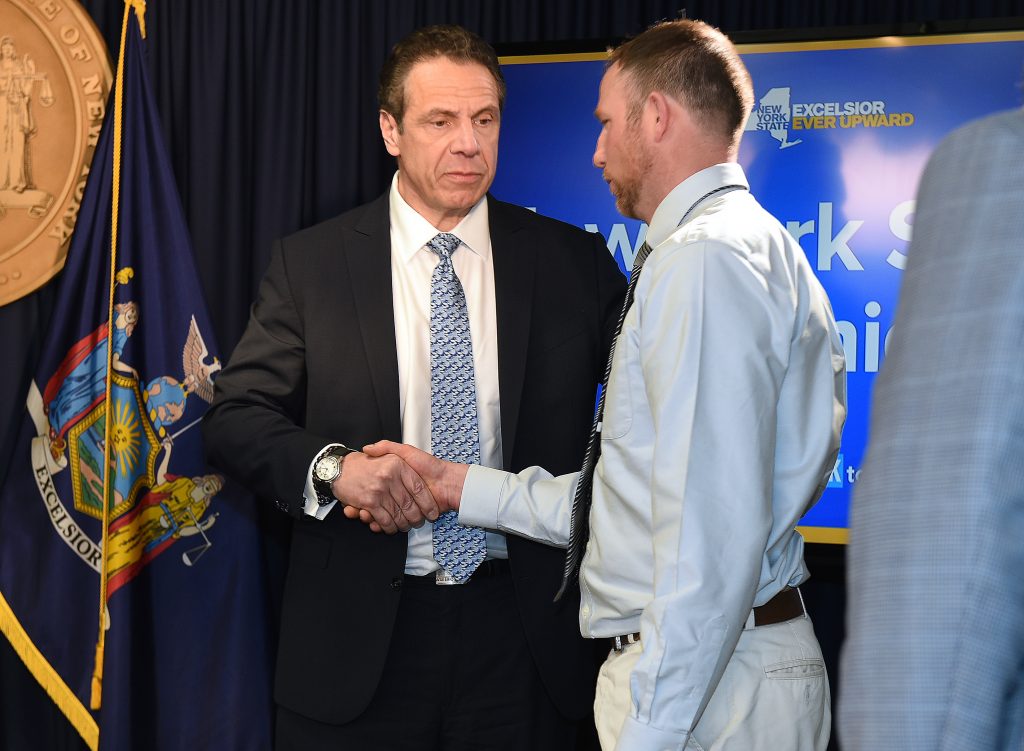 The federal Department of Homeland Security blasted Gov. Andrew Cuomo Wednesday for criticizing a raid on an upstate dairy farm during which armed federal agents arrested an illegal immigrant.

“Gov. Cuomo’s disregard for the rule of law is a slap in the face to the hardworking men and women of ICE whose mission it is to uphold the laws Congress passed,” Tyler Q. Houlton, the department’s spokesman, said in a statement.

Cuomo, a Democrat, sent a cease-and-desist letter to the U.S. Immigration and Customs Enforcement agency on Wednesday for conduct he called “un-American.” At a press conference, dairy farmer John Collins said the agents who entered his farm in Rome, New York, did not identify themselves or produce a warrant before they arrested a farm worker.

Collins, who said the worker has proper documentation to work in the U.S., said the officers grabbed his phone and threw it — destroying it — when he used it to videotape the arrest. Collins said he was then placed in handcuffs and threatened with arrest.

“We believe ICE is violating the law and endangering public safety,” said Cuomo. “If they continue, the state will sue them. Period.”

But ICE said that the officers were visiting the farm in an attempt to locate a second individual when they encountered the farm worker, Marcial de Leon Aguilar, an illegal immigrant who had already been deported three times. ICE said that Aguilar was lawfully arrested by deportation officers, who identified themselves and had a proper warrant.