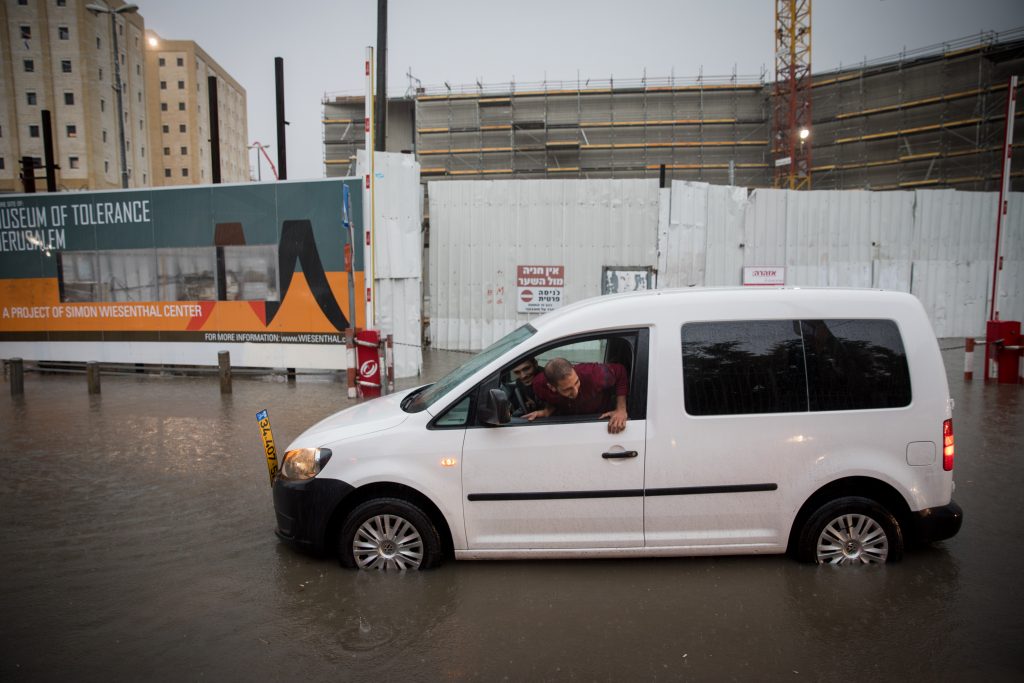 A bus full of passengers overturned in heavy rains in southern Israel on Thursday night. B’chasdei shamayim, there were no injuries.

Initial reports which described the accident at the Rotem Junction near the Dead Sea as a “mass-casualty incident” proved inaccurate.

“All the passengers are safe and units are at the scene,” police said in a statement.

Rescue teams evacuated all of the 50 passengers, who were traveling on Road 25 in the Negev Desert when the bus was pushed over by strong winds.

Meanwhile, rainfall was reported across the country, disrupting traffic on highways and causing more flooding in the cities and towns.

Approximately 12 inches of rain were recorded in Yerushalayim in the past three hours and several roads in the capital were flooded; Tel Aviv, Tzfas and Haifa saw almost 8 inches each.

The woman was taken to the hospital with light injuries, MDA said.