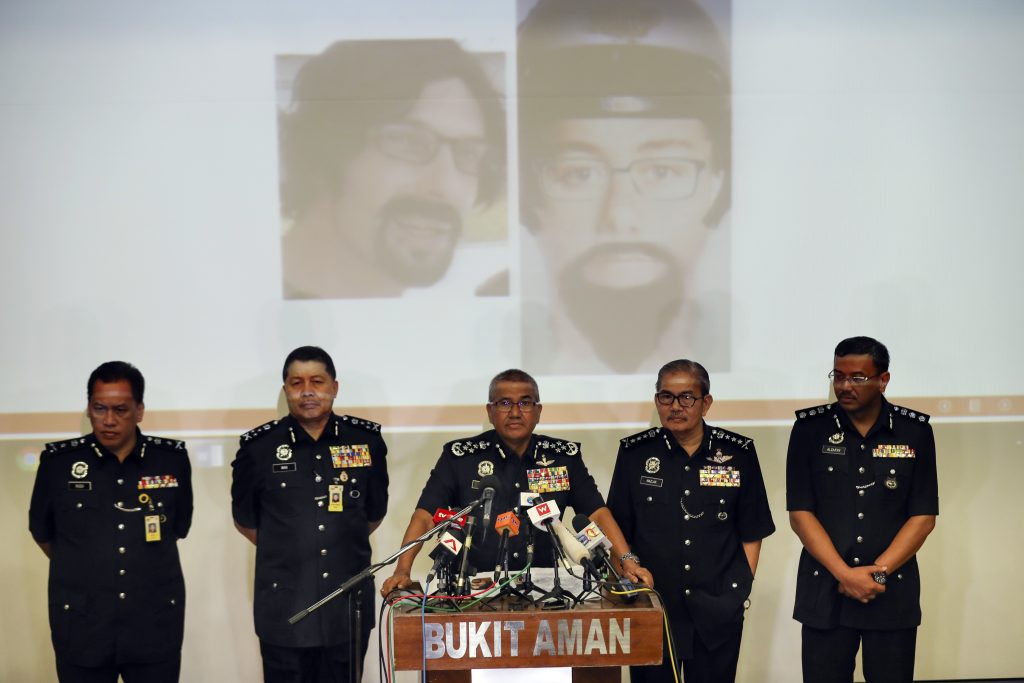 Two men suspected of gunning down a Hamas engineer in Kuala Lumpur were still in the country, police said on Wednesday, as they released a fresh image of one of the men.

Two men on a high-powered motorcycle fired at least 14 shots at Fadi al-Batsh, an engineering lecturer, outside his apartment building on Saturday, killing him on the spot.

A Kawasaki motorcycle was found abandoned near a lake about nine minutes from the scene, from which police were able to trace a photo of one of the suspects, Inspector-General of Police Mohamad Fuzi Harun told reporters.

The suspects were believed to have entered Malaysia sometime in late January, but it was not known what nationalities they were or where they had traveled from, said Mohamad Fuzi.

“We believe the suspects are still in the country,” he said. “We have yet to identify them, but we suspect that they used fake identification either when entering the country or when they were here.”

Authorities had originally released computer-generated photographs of the suspects, whom witnesses described as well-built and light-skinned, possibly Middle Eastern or European.

A new photo of one of the suspects shows a light-skinned man with dark, wavy hair and a prominent goatee.

Malaysian Deputy Prime Minister Ahmad Zahid Hamidi said on Saturday the suspects were believed to be Europeans with links to a foreign intelligence agency.

Hamas, an Islamist terror group that rules the Gaza Strip, has accused Israel’s Mossad spy agency of assassinating Batsh, who they say was a member of their group. Israel dismissed the charge.

Mohamad Fuzi said the killing appeared “very professionally done,” but declined to comment on reports it was a Mossad operation or that it was carried out by trained assassins.

Batsh was a lecturer at University Kuala Lumpur, specializing in power engineering, according to the university.

Batsh’s body will be returned to Gaza via Cairo, Egypt, on Wednesday evening, after a funeral ceremony in Kuala Lumpur, Palestine’s ambassador to Malaysia Anwar Al Agha told Reuters.

The Mossad has been accused of several high-profile killings involving Palestinians around the world, although Israel has consistently denied the accusations.