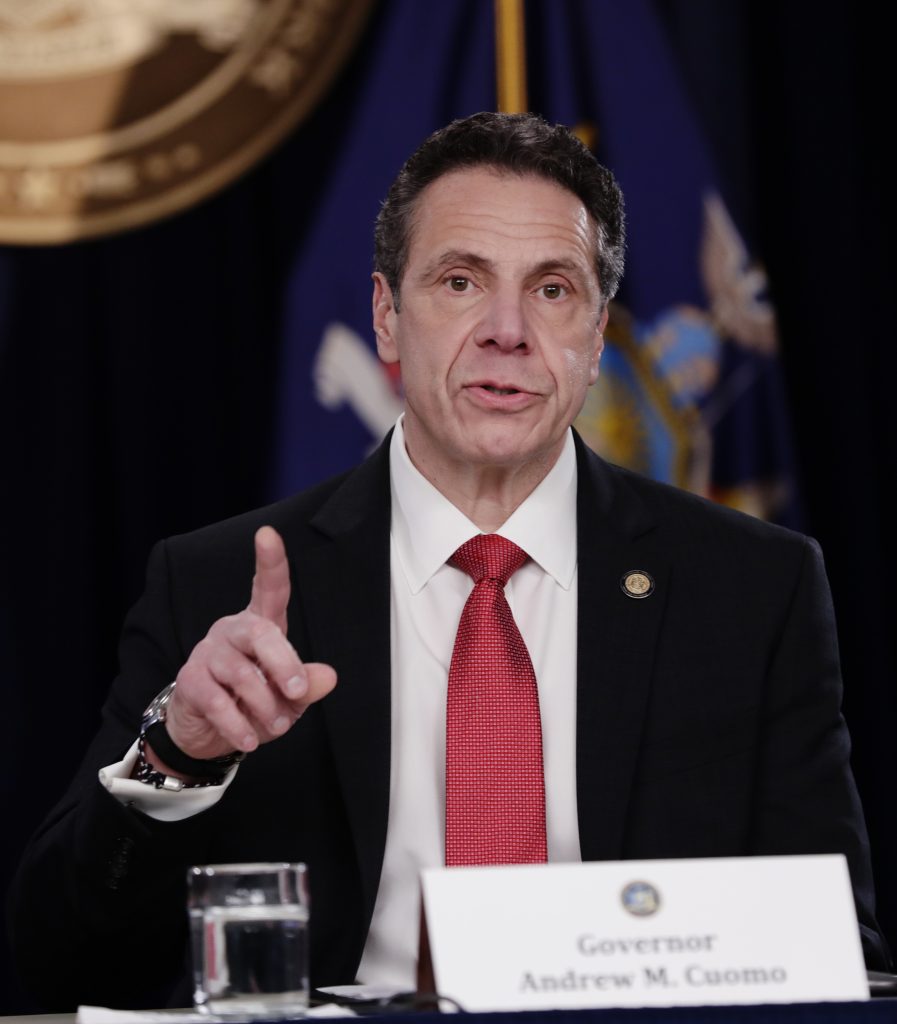 Dropping a subtle threat to Sen. Simcha Felder, Gov. Andrew Cuomo said Wednesday morning that with the twin Democratic special election victories he would no longer be needed by the party after the November elections.

Gov. Cuomo issued a public letter to the Brooklyn Democrat a day after Simcha Felder announced that he will continue caucusing with the Republicans despite being the deciding vote in a 31-31 Senate split.

“Usually an executive is warned to avoid ‘interference’ with the legislative branch of government,” Cuomo wrote. “Through the years governors have been criticized for meddling with Senate or Assembly leadership decisions as it violated the separation of powers policy. These are not usual days.”

“From that perspective,” he continued, “let me say that the Democratic Conference will not need you in November the way they need you now. I believe there will be additional Democrats who win and are seated for the next legislature. You have said that you act in the best interest of your constituents. For their benefit, now is the time that matters. I know what you said yesterday, but this morning brings a new reality.”

Sen. Felder announced Tuesday, hours before results in the Bronx and Westchester elections were known, that he will remain with the GOP majority regardless of the outcome. In his statement, Simcha Felder cast his decision as one undertaken to ensure a stable end of the legislative session, which concludes in six weeks. He said he would revisit his position after regularly scheduled elections in November.

“With only 25 days remaining in this year’s legislative session,” Sen. Felder said, “I believe it is my obligation to prevent an unprecedented and uncertain late session political battle that will only hurt my constituents and New Yorkers.”

Democrats said they will now focus on winning more seats in November to build a clear majority and wrest Senate control from the GOP.

“The voters have spoken, and we again have 32 Democrats in the state Senate,” said Sen. Andrea Stewart-Cousins of Yonkers, the Democratic leader. “These electoral wins are part of the ‘blue wave’ sweeping our state and nation which will help even more Senate Democratic candidates win in the upcoming general election.”

Senate Republican spokesman Scott Reif insisted that voters appreciate having the Republicans in charge of the Senate as a counter balance to downstate Democrats.

“The New York City politicians who think it will be easy to flip the state Senate and impose their radical agenda on the people of New York should take heed,” Reif said. “We are ready for this fight and fully expect to retain our majority in November.”

Gov. Cuomo told reporters later at the Capitol that he would not pressure Sen. Felder to abandon his Republican allies.

“I’m not a pressure kind of guy. I’m a charm, circle them with love kind of guy,” he said. “I think the pressure will come from the reality: there are important pieces of legislation that would benefit his constituency if they were passed.”

Democrats already control the Assembly and hold the offices of governor, attorney general and comptroller.

Simcha Felder’s alliance with the Republicans in the Senate has been productive for his constituents and beyond. In the past seven years, he used his leverage to get busing for late-homecoming yeshivah students. Last month, Felder used the alliance to codify for the first time the law requiring non-public schools to be “substantially equivalent” to public schools in a way that takes the entirety of the hours and education into account.

Felder has also used his influence in the majority to help the broader New York City, such as getting the city to ease the bureaucracy on parents of special-needs children, passage of bills requiring armed guards and guidance counselors in all schools, and fighting a tax on plastic bags.

The announcement comes weeks after Gov. Cuomo, who is pressured by a surprisingly strong Democratic primary bid by liberal activist Cynthia Nixon, engineered the reunion of the mainline Democratic party, returning eight breakaway members to the fold. Since then, he has also embraced a number of progressive items, such as a total ban on plastic bags, barring private businesses from bidding on state contracts if they discriminate based on religious or moral values, and granting parolees the right to vote.

Oddly, the “incentives” offered by Cuomo to get Felder to empower a Democratic majority run the gamut of issues that Felder and his Orthodox Jewish constituency don’t see as burning issues. These include campaign finance reform, allowing those arrested to get out without cash bail, bring “racial justice,” allow for early voting, tightening gun control, and passage of the Dream Act allowing illegal immigrants free education.

Others include issues to which his community is diametrically opposed to on moral grounds like codifying Roe v. Wade and a bill of rights for those opposed to moral values, as well as passage of the Child Victims Act, which non-public school advocates say could bankrupt them.

The governor blamed President Donald Trump for “an anti-New York attitude, philosophy and agenda,” which he said only a Democratic majority can counter.

The issue Senator Felder has fought for most vociferously — tuition relief for private school parents — was not mentioned in the letter.

“Putting political considerations aside,” the governor wrote, addressing Felder, “the policies that could be advanced would make a real difference in people’s lives. These issues would make a positive difference to your community.

Simcha Felder did not issue a response to the governor’s letter, saying that he hadn’t read it.

But Councilman Eric Ulrich of Queens responded on Twitter to what he said was an unmatched fight.

“Cuomo is playing with fire,” Ulrich, a Republican, posted. “@SenFelder is a mensch and a political pro — also beloved in his Brooklyn district. @NYGovCuomo on the other hand, is … pandering to the left wing of the Democratic Party.”