Israel Anti-Semitic Letter by Wagner Sold at Auction in Yerushalayim for $34,000
Israel 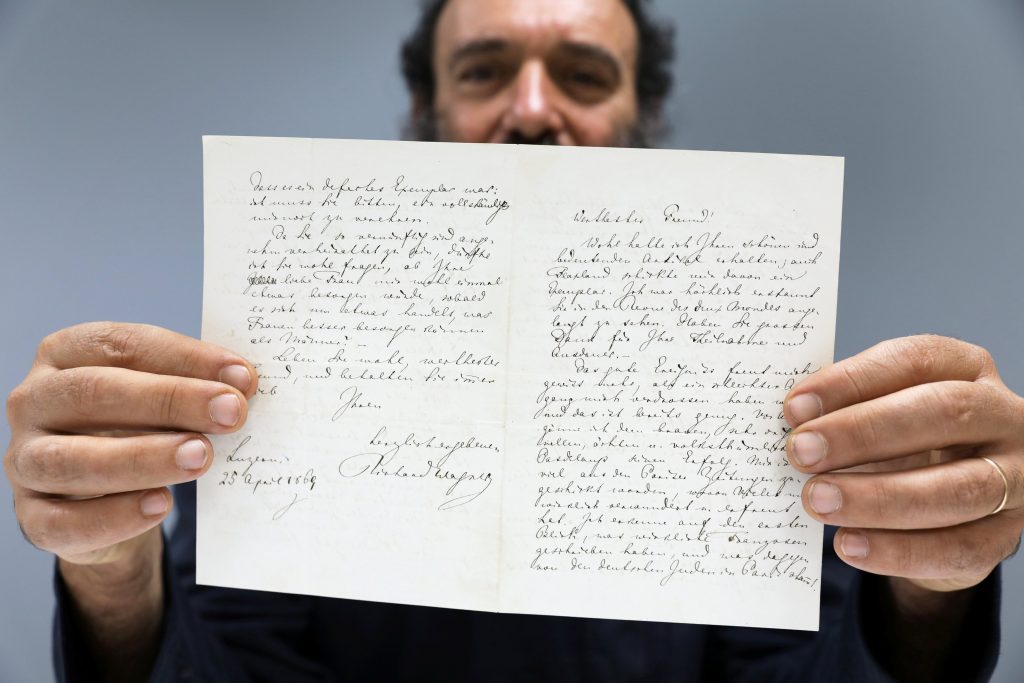 A letter written by German composer Richard Wagner that underscored his anti-Semitism was sold to Jewish collector from Switzerland at auction in Israel on Tuesday for $34,000, the auction house said.

The letter, written on a yellowing double-spread sheet of paper, was penned by Wagner in Lucerne, Switzerland, in 1869. It was apparently intended for the French philosopher Edouard Schoure, said Meron Eren, of the Kedem Auction House.

The buyer’s identity was not made public.

In the letter, Wagner attempts to explain the ideas in his anti-Semitic essay “Judaism in Music” to Schoure and writes that the French were unable to discern “the destructive influence of the Jewish spirit on modern culture,” the Kedem website said.

Wagner, whose expansive operas are hailed as musical masterpieces, was Adolf Hitler’s favorite composer, and he and his Nazi followers embraced the composer’s anti-Semitic writings and ideology.

Wagner died in 1883 in Venice, more than six years before Hitler’s birth in Austria.

“Surprisingly, this letter came from a collector in Israel who probably bought it at an auction in Europe 10 or 20 years ago,” the auction house chief Eren told Reuters.

Eren said that selling an anti-Semitic letter in Israel was “a problem for us,” but that private collectors or museums focusing on the Holocaust and hatred of Jews would be interested in the item.

“We think this is the right thing to do,” he said.

Wagner’s music is rarely performed in Israel, where it evokes memories of the Holocaust, although some leading musicians have called for an end to the unofficial ban.