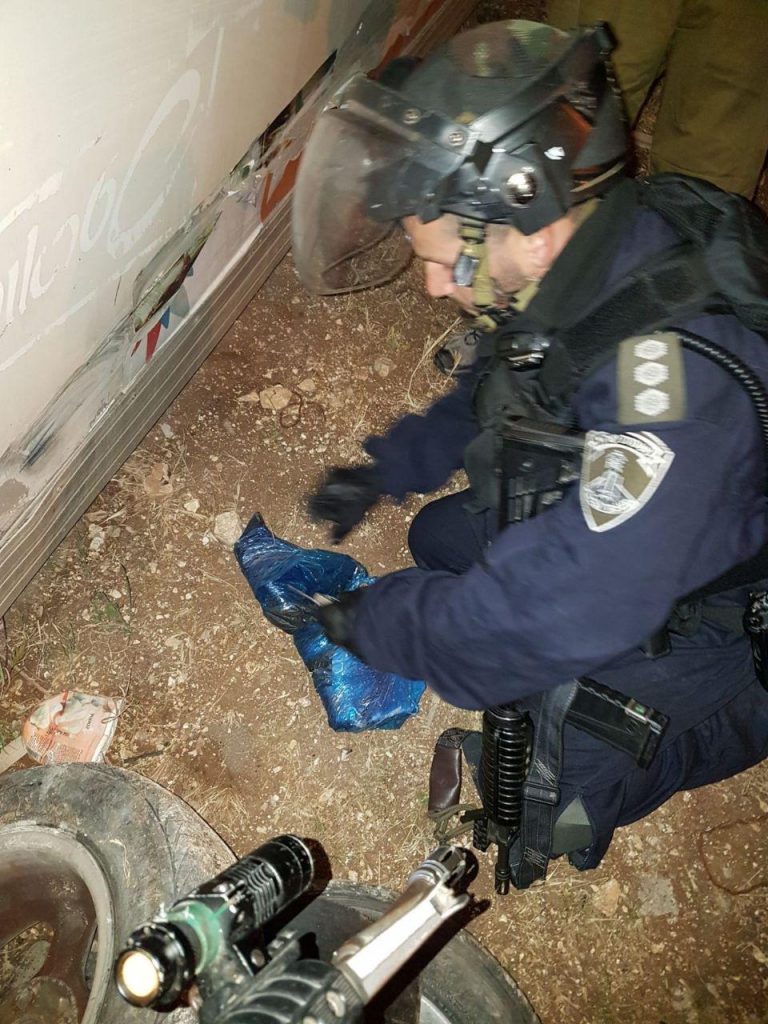 IDF forces early Tuesday demolished the home of Ahmad Kunba, a terrorist from Jenin who was involved in the murder of Rabbi Raziel Shevach, Hy”d. Kunba, who was arrested, assisted Ahmad Jarar, the terrorist who carried out the murder of Rabbi Shevach in early January in a drive-by shooting near Chavat Gilad in central Shomron. During the demolition process local Arabs rioted, necessitating the use of anti-riot measures by Israeli soldiers. One soldier was lightly injured in the rioting, and was taken to an Afula hospital for treatment.

Security forces early Tuesday captured two Arabs who infiltrated southern Israel through the Gaza border fence. The two were arrested and taken in for questioning, and in a search of their possessions security officials found a hand grenade and a knife. The arrests came after four other Arabs were caught sneaking into Israel on Monday night.

For the second night in a row, Arabs in the village of Abu Dis, right outside Yerushalayim, rioted, requiring a large police and Border Guard presence. Four rioters were arrested, as rocks, bricks and firebombs were thrown at workers who were fixing the security fence in the area.