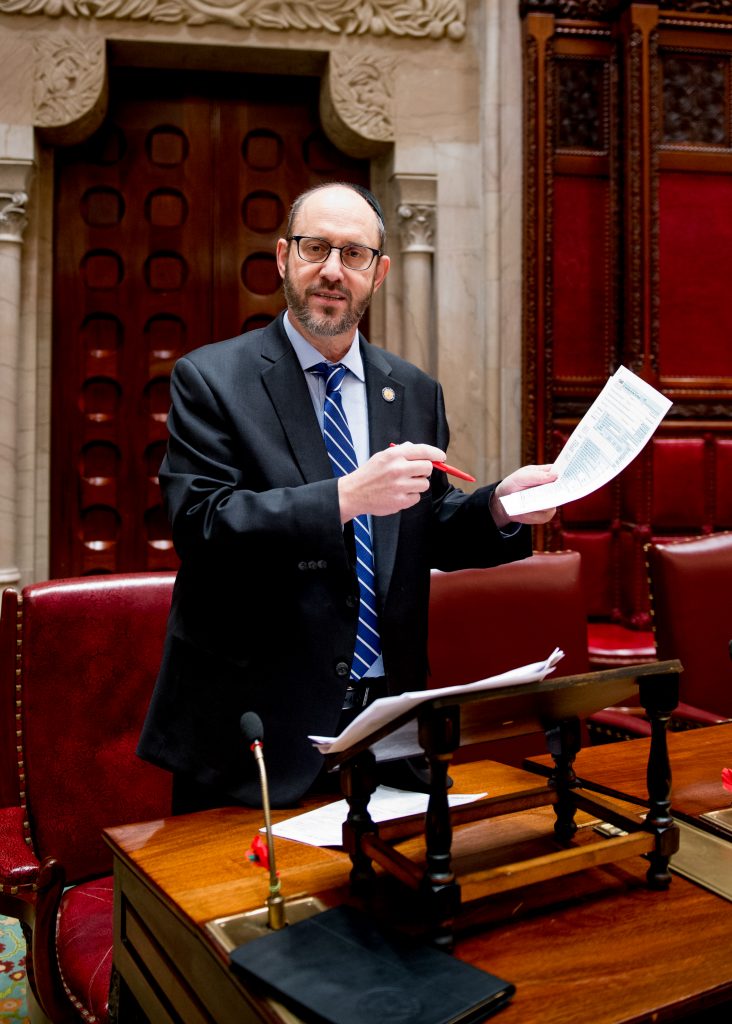 New York state Sen. Simcha Felder, a Democrat who has caucused with the Republican majority since 2013, will remain with the GOP majority regardless of the outcome of the two special Senate elections.

“I always try to do what is best for my constituents and New Yorkers,” Felder, who represents a Midwood district, said in a statement Tuesday afternoon, hours before results in the Bronx and Westchester elections were known.

“Therefore,” Felder said, “regardless of which candidates prevail in today’s elections, I will continue to caucus with the Majority Coalition.”

The announcement comes weeks after Gov. Andrew Cuomo, who is pressured by a surprising Democratic primary bid by liberal activist Cynthia Nixon, engineered the reunion of the mainline Democratic party, returning eight breakaway members to the fold.

The Independent Democratic Conference’s disintegration, along with the possible addition of two Democrats as a result of Tuesday elections, means that the Senate is divided 31-31 — with Felder as the deciding vote.

Dani Lever, a spokeswoman for Gov. Cuomo, suggested that the issue has yet to be settled.

“The governor’s position is clear: The Democrats must unify to take back the majority,” Lever said. “This conversation will continue in the morning.”

On Monday, Gov. Cuomo announced that he was supporting a total, statewide ban on plastic bags — an issue Felder has waged a nearly 15-year battle against. But Felder told NY1 on Tuesday that his decision did not rest on the bag tax issue.

In his statement, Felder cast his decision as one undertaken to stabilize an “uncertain” political stage, and clarified that he would revisit his verdict after regularly scheduled elections in November.

“With only 25 days remaining in this year’s legislative session,” Felder said, “I believe it is my obligation to prevent an unprecedented and uncertain late session political battle that will only hurt my constituents and New Yorkers.”