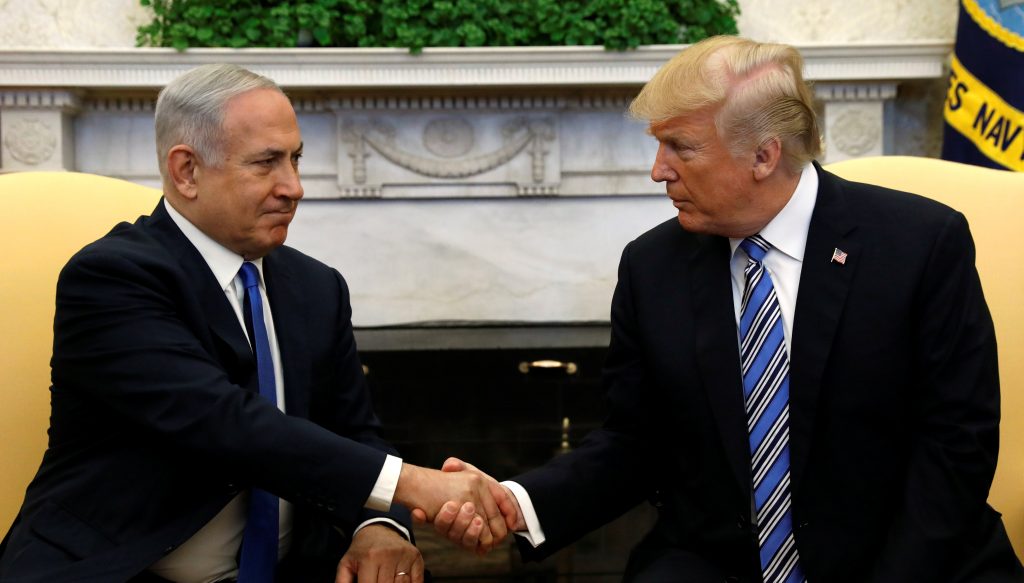 In a conversation with Prime Minister Binyamin Netanyahu last year, President Donald Trump asked the Israeli leader if he was “genuinely interested” in pursuing a peace agreement with the Palestinians, a report on the Axios political news site said. The report quoted three sources “familiar with the call,” although it did not name any of them. It also did not mention Netanyahu’s response.

The report said that Trump asked the question of Netanyahu in a phone conversation, after the president had heard about Israeli building plans in Yehudah and Shomron, and the angry Arab reaction. “Trump thought [Netanyahu] was unnecessarily angering the Palestinians. So, in the course of a longer conversation that was mostly friendly and complimentary, he bluntly asked Bibi whether or not he genuinely wants peace,” the report said.

The White House did not deny the report. A senior White House official was quoted as saying that “The President has an extremely close and candid relationship with the Prime Minister of Israel and appreciates his strong efforts to enhance the cause of peace in the face of numerous challenges.” The report also quoted Press Secretary Sarah Sanders as saying that “The President has great relationships with a number of foreign leaders but that doesn’t mean he can’t be aggressive when it comes to negotiating what’s best for America.”

According to Hadashot News, this is not the first time Trump has questioned Netanyahu’s commitment to an agreement. Last September, Trump reportedly discussed Israel’s prospects for peace with a senior official in a top American Jewish Israel advocacy group. Trump revealed to this individual details of conversations he had had with Arab leaders, who pointed to Netanyahu as being reluctant to accepting new ideas. Trump asked this individual if Netanyahu was “an obstacle to peace,” according to the report. The individual responded by saying “not yet.”