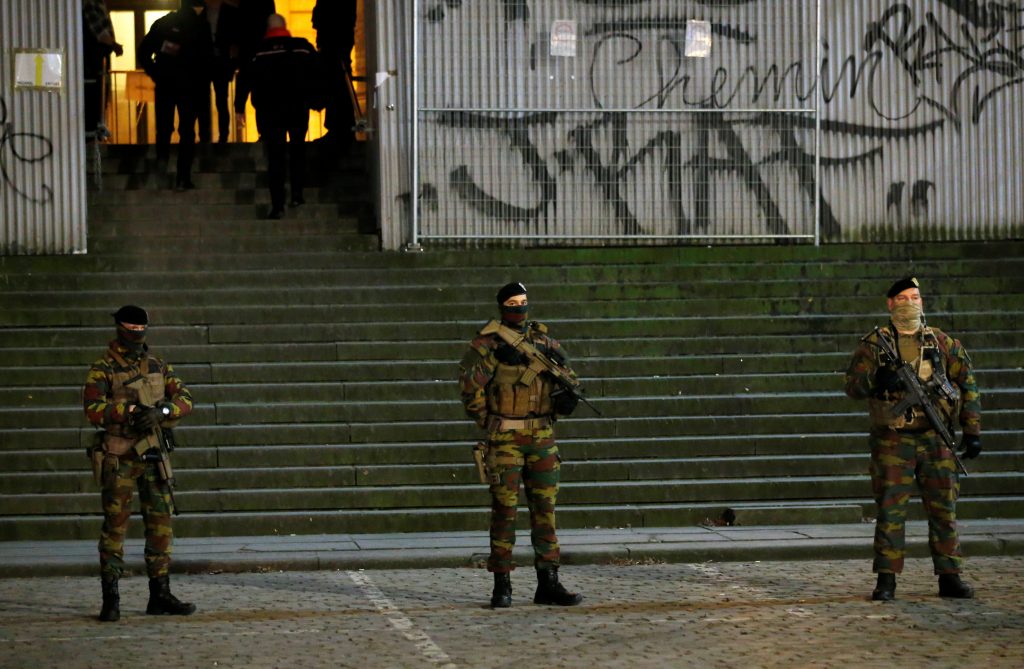 A Belgian court sentenced Paris attacks suspect Salah Abdeslam and a co-accused to 20 years in prison on Monday for trying to kill police during a shootout in Brussels in 2016.

Judge Marie-France Keutgen told the courtroom that 28-year-old Abdeslam and Tunisian Sofien Ayari, 24, had been found guilty of “attempted terrorist murder” during the shootout in March 2016.

Abdeslam is in a French prison awaiting trial for his role in the Islamic State terror attacks in Paris in November 2015 in which 130 people were killed. Prosecutors say he is the lone survivor of a suicide squad.

Neither he nor Ayari, who is in custody in Belgium, was present for the judgment.

Despite the absence of both accused, security was tight around the Brussels court, with heavily armed police on guard.

By the time of the shootout in the Forest district of Brussels on March 15, 2016, Abdeslam had been in hiding for four months after fleeing Paris the night his elder brother blew himself up at a cafe.

Prosecutors who accuse Abdeslam of helping organize the attacks and ferry former terrorists from Syria around Europe say he, too, would have died if his suicide vest had not failed to detonate. His lawyers do not dispute Abdeslam was in Paris during the attacks.

They finally stumbled across him when, with French officers, they went to inspect a suspect apartment in Forest and then came under a hail of gunfire which wounded four of them.

Abdeslam’s DNA found at the scene linked him to the shootout and that led to his arrest three days later in a different apartment in Brussels.

Four days after his arrest, suicide bombers attacked Brussels Airport and the city’s metro, killing 32 people. Officials believe Abdeslam had links with the bombers and that they brought forward their attack because they feared Abdeslam might reveal their plans under interrogation.

Abdeslam was present on the opening day of the trial, but refused to answer the judge’s questions.

His lawyer, Sven Mary, told reporters on Monday that he will discuss the case with his client before determining whether to appeal.