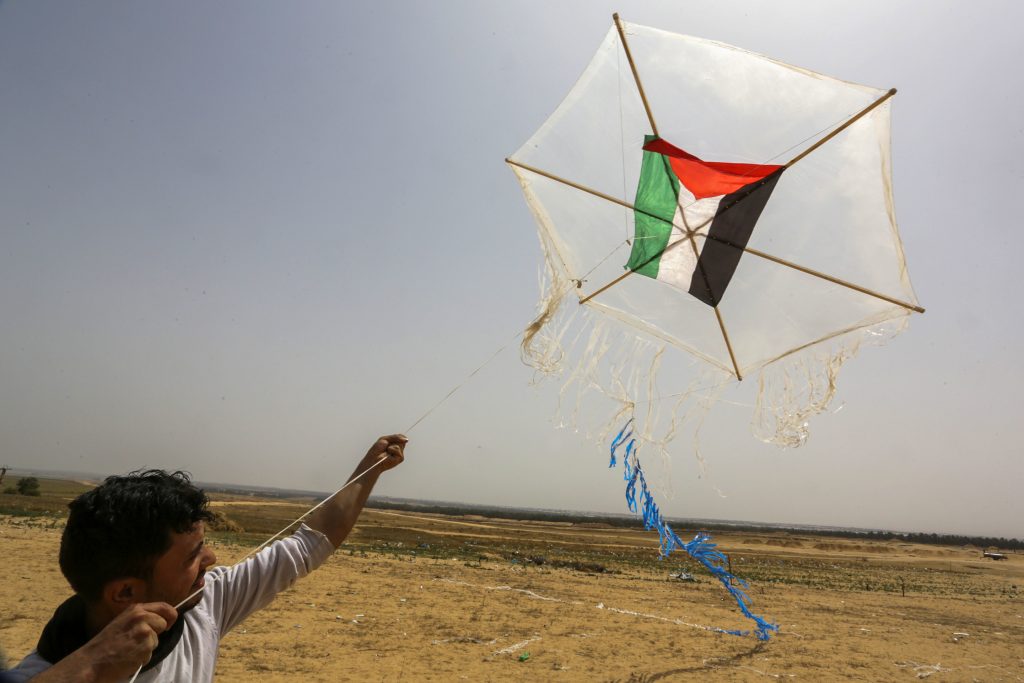 The IDF is developing new methods to deal with what appears to be Hamas’s latest terror tactic – the launching of “kite bombs” that are flown from Gaza over the Israeli side of the border fence, with a bomb or other source of ignition, set off to start a fire. On Sunday night, yet another kite – more than a dozen have been flown by Gaza terrorists in the past ten days – was sent over the border area, with a fire breaking out in a wooded area east of Khan Yunis. Soldiers were able to quickly douse the fire, and little damage resulted.

Israelis should not take comfort from that, said MK Chaim Yellin (Yesh Atid), a resident of the western Negev. “The kite tactic is a major warning sign for us,” he told Walla News. “In the past, we dismissed the Kassam rockets as mere ‘pipes with explosions,’ but now we have full-blown rockets fired at us. If we dismiss the kites now as ‘kids’ stuff,’ we are likely to end up with drones raining terror on our border communities. Even the terror tunnels started out as just smuggling tunnels from Sinai, and only afterward were they turned into the problem we have now. We must not underestimate Hamas.”

Currently, Walla News quoted security officials as saying, the IDF is dealing with the kite issue by visual means, with soldiers manning outposts 24 hours a day, searching the horizon for suspicious aerial objects. The IDF generally keeps Gaza Arabs some 300 meters away from the border fence on the Gaza side, but the kite fliers are even further inside Gaza, hiding behind a mound of dirt or a structure. The kite is flown over the border, and the operator attempts to lower it, and set off a fire when it is over a wooded area, or a grain field.

Hamas is observing the IDF’s actions and response to the kite attacks, Yellin said, and based on those it will decide whether or not to increase its activities, in the same way that it decided it could get away with a missile development program after seeing how Israel responded to the Kassam rocket threat. “Hamas learns quickly, and we must be quicker and more agile than them,” he added.