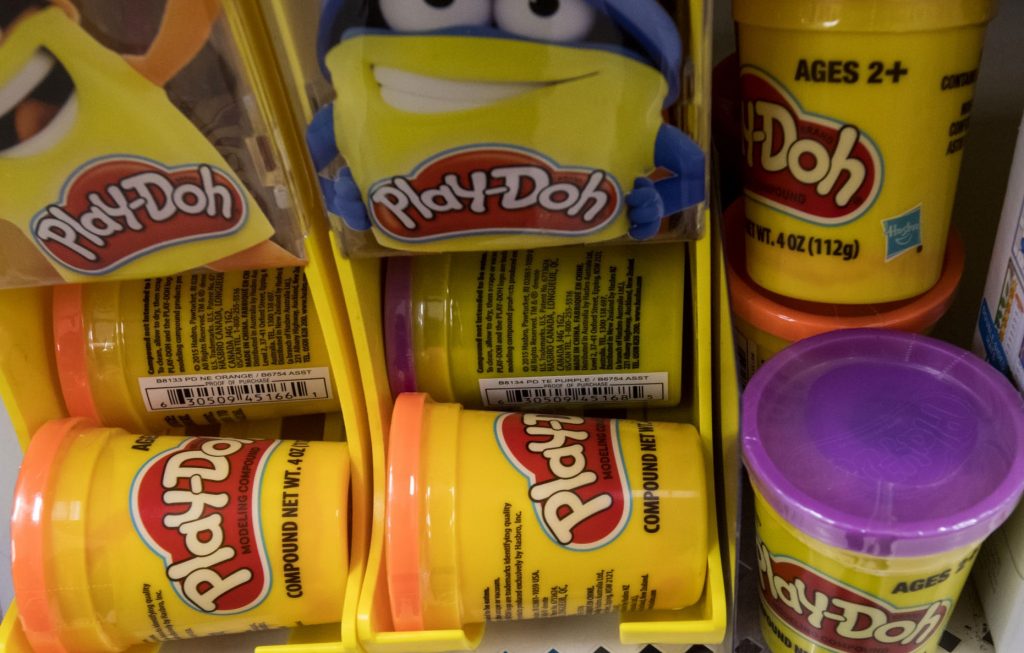 The demise of Toys “R” Us took a toll on Hasbro last quarter, but the toymaker says the worst is behind it.

Hasbro posted declining sales in all business areas, after the world’s largest toy chain announced the liquidation of its operations in the U.S. and U.K. Hasbro’s shares initially declined, only to rebound after Chief Executive Officer Brian Goldner told investors the impact would lessen going forward as retailers, such as Walmart and Target, likely expand their toy offerings.

“We’re working aggressively around the world to put the impact of Toys ‘R’ Us behind us,” Goldner said. “Importantly, this is not something happening to our company.”

The retailer — one of Hasbro’s largest customers — filed for bankruptcy in September, had a terrible fourth quarter and then announced the liquidation of several divisions. This has presented another hurdle for toymakers that were already dealing with slowing growth and concerns that the success of making so many products based off of an ever-growing slate of kids’ entertainment is waning.

Yet Hasbro reiterated on Monday that free-cash flow this year would be $600 million to $700 million and that operating profit would be at the same level, a positive sign. Goldner also said the company stopped shipping to Toys “R” Us in January and that the liquidation of the chain’s U.S. stores will be completed this quarter.

The Toys “R” Us effect could be clearly seen in Hasbro’s first-quarter results. In North America, sales sank 19 percent. Revenue dropped even more in Europe with a decline of 28 percent. The liquidation also generated expenses of $61.4 million.

The world’s largest publicly traded toymaker, based in Pawtucket, Rhode Island, lost $112.5 million in the quarter, versus a profit of $68.6 million a year earlier. Sales of franchise brands, which include Transformers and My Little Pony, collapsed 19 percent to $361.7 million.

Goldner has said that revenue will take a hit this year, but declined on Monday to give more specific sales guidance. He said the company would update investors later this year.

“The opportunity to absorb all of the Toys ‘R’ Us business is present” for our remaining retail partners, Goldner said. “We are just building those plans to do that, but it takes some time.”

The first quarter, which runs through March, is Hasbro’s smallest by revenue. This is usually when toymakers are rebuilding inventory for the rest of the year.

Total sales in the period sank 16 percent to $716.3 million, the company said. Analysts had estimated $821.2 million on average. Excluding the Toys “R” Us costs and other items, profit dropped to 10 cents a share, compared with projections for 32 cents.

Sales and profit grew in areas unaffected by Toys “R” Us, including Latin America and Asia Pacific, and in the entertainment and licensing division, “suggesting the underlying business remains stable,” said Stephanie Wissink, an analyst at Jefferies. That’s “a positive indicator for 2019 growth,” she said.